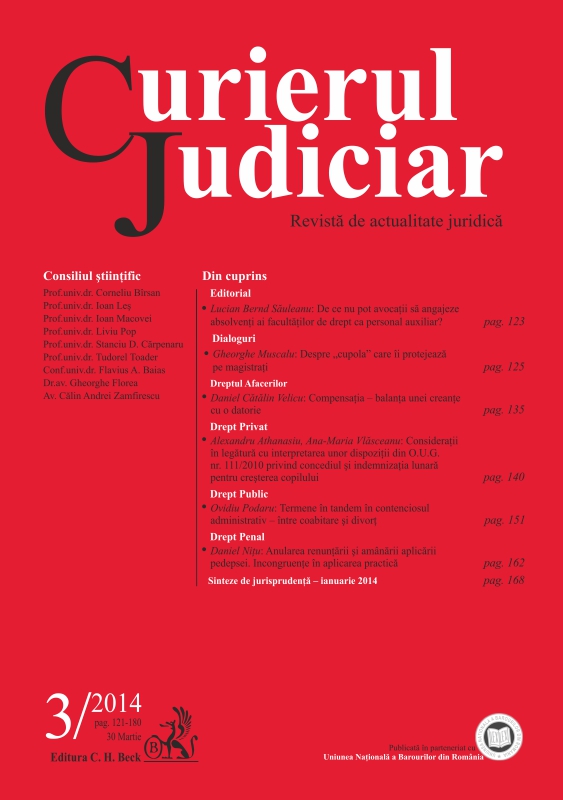 Summary/Abstract: The reform of the civil service in Romania, directly connected to the modernization process of the public servant status and to the qualitative developments of the senior civil servants category, has been substantially generated by Romania’s accession process to the European Union and its subsequent integration into the Union, in order to increase the capacity of the Romanian public administration to meet the requirements of a complex and dynamic environment by developing a stable and politically impartial body of public servants. We consider that these noble goals have been forgotten lately and we would like to signal that after 2007 a discretionary tool has been established and put into practice with regard to the senior civil servants category - mobility – so that every time a political system has changed, the first public servants to be released from the public offices, those who should have secured the continuity and the stability of the public service, were the senior civil servants in particular. The most recent case of interference in the career of certain senior civil servants by adopting a law which subsequently was ruled as unconstitutional is the case of the Government Emergency Ordinance no. 77/2013.