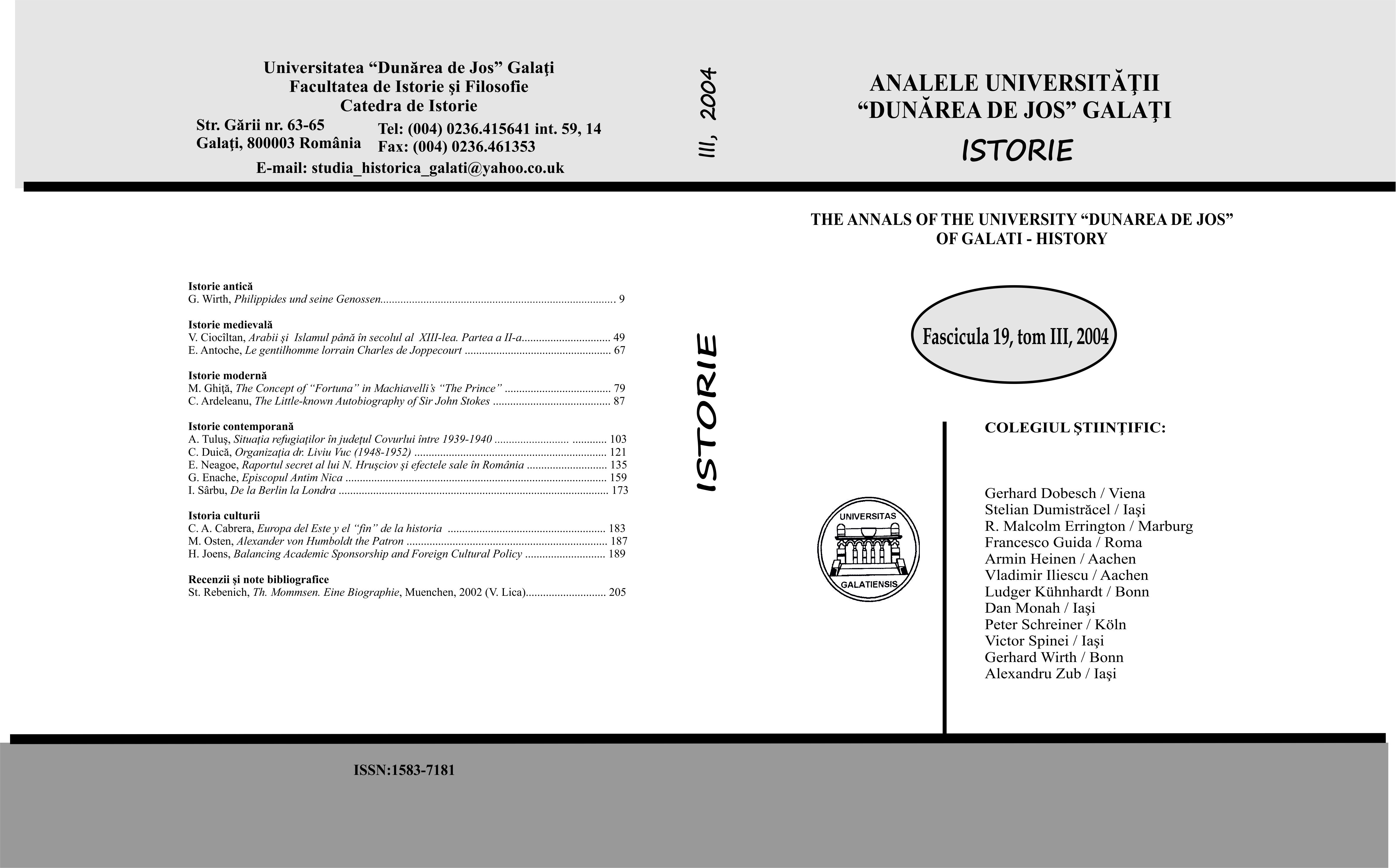 Summary/Abstract: The present study reveals the political activity of the Romanian Americans in the period of Romania’s neutrality, at the beginning of World War I (1914-1916). The author throws into relief the patriotical attitude of the leaders of the community constituted by the Romanians residing in the United States of America, shepherded by the Eastern Orthodox priest Ioan Podea. Father Podea refused the political compromise with the Austro-Hungarian authorities, overlooking the invitation expressed by the Austro-Hungarian Consulate in Cleveland, which aimed to determine him to support the Austro-Hungarian army. From this perspective, the author underlines the fact that the Romanian Americans born in Transylvania, Banat, and Bucovina were anxiously waiting for the active involvement of Romania in World War I.