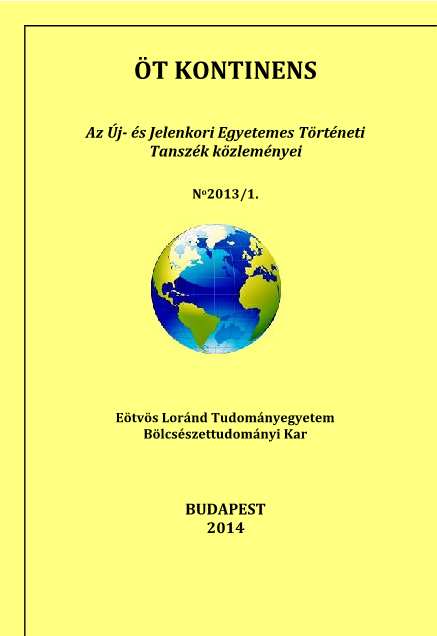 Summary/Abstract: Among Hungarian historians the subject-matter of female labour has gradually become a popular topic. The research work can be placed to the borderline of two disciplines: female history and history of journalism in the Austro-Hungarian Monarchy. With the application of news analysis, discourse analysis and text linguistics, the study intend to prove that women.s movements at the beginning of the 20th century considered the safeguarding of female workers. interests as essential as the fight for women.s enfranchisement. The author analyses the views, opinions mediated by the Austro-Hungarian feminist periodical press ‒ The Woman and The Society (A Nő és a Társadalom) and New Woman.s Life (Neues Frauenleben) ‒about female labour and the working conditions of working women between 1907 and 1913.