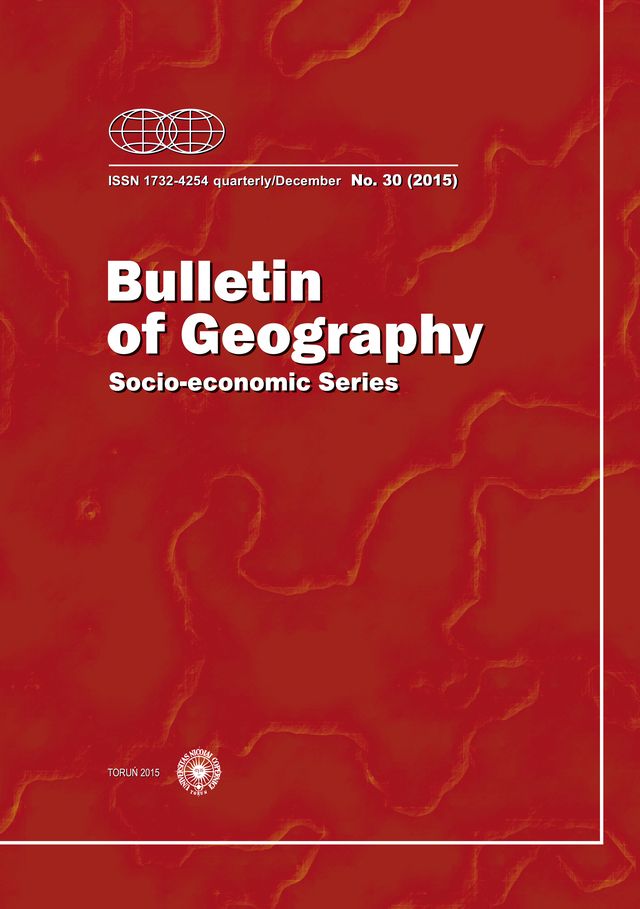 Summary/Abstract: The article presents the results of the research survey of the old rural constructions in the Koło Basin (Central Poland) and its closest vicinity, conducted by the authors in the period 2011-2013. From the beginning of the 19th century until the late 1960s, the population of that region tended to use for construction limestone, instead of wood which for centuries was the most common building material on Polish lowlands. Using the local deposits of limestone, excavated near Różaniatów village, various structures were built, with the parts of the building most endangered by degradation made of ceramic bricks (for corners and window/door frames) or glacial erratics (for wall base), thereby forming structures with specific architectural and aesthetic features, unique to that region. The survey was conducted in 165 villages of the region, cataloguing more than 2,000 such structures - residential buildings, farm facilities, industrial buildings. Many of these buildings display a similar elevation style of same-coloured stones, making them one of the most specific elements of the landscape. The analysed area, just like the majority of rural Poland, is currently undergoing socioeconomic changes which started in the 1990s and intensified after Poland joined the European Union. Changes in production profiles and farm sizes, migration of rural population to cities or countries of Western and Northern Europe, and progress of suburbanization are some of the main factors which trigger significant changes in the settlement network of the country. This is the right moment to assess whether the traditional solutions applied in the rural construction of the Koło Basin are worth modern application or whether they are only an element of cultural heritage valuable just from the historical perspective.