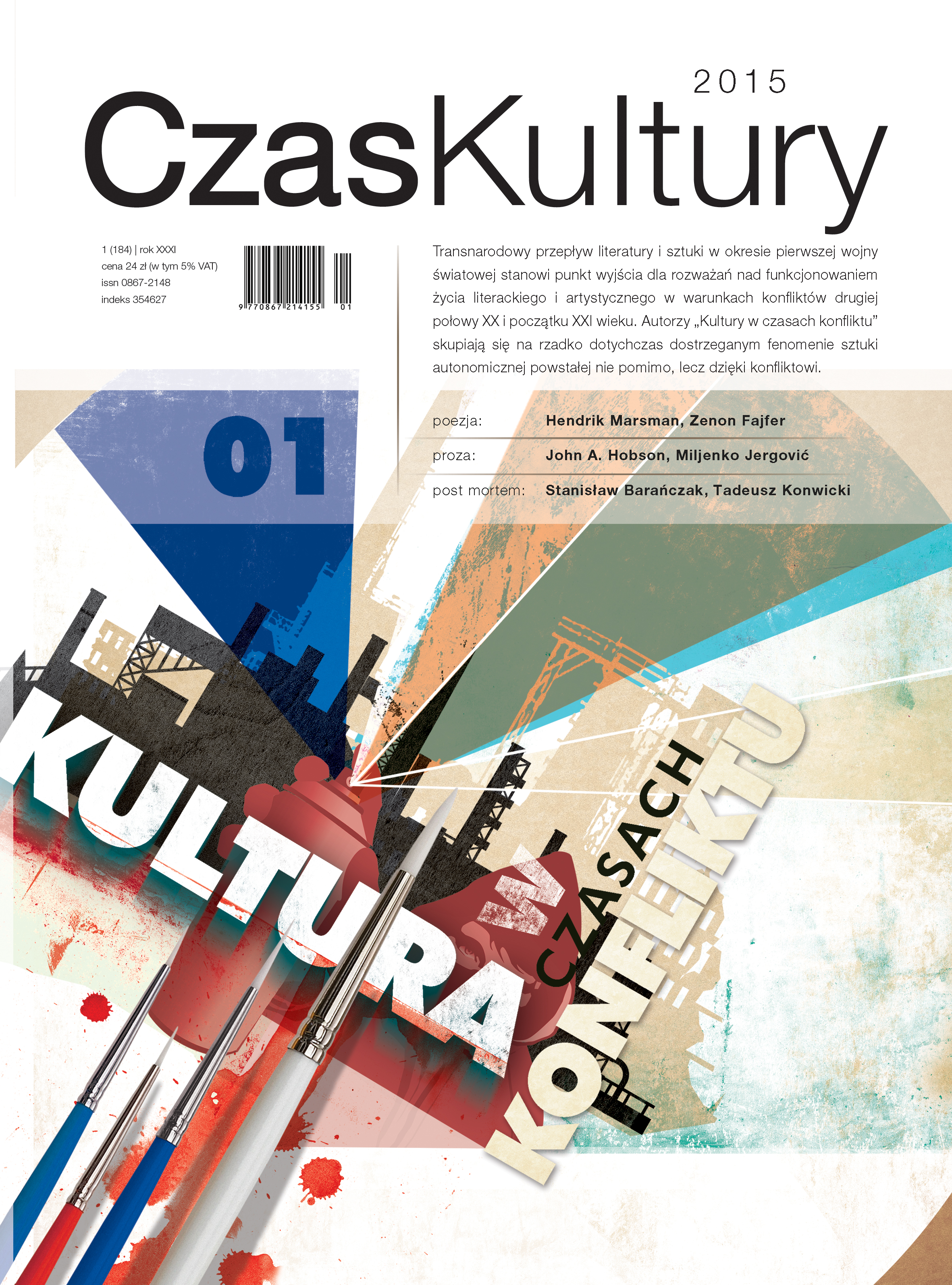 Summary/Abstract: The article presents a silhouette of Konwicki not only in the context of his achievements in Polish prose and film, but also through the roles he assumed at different stages in his career: as a writer supporting the new post-war political system, as a film author seen through a portrait created by critics and future filmmakers of the new French New Wave, and as a commentator on his own work, which led to the creation of the paradoxical image of him as both a well-recognized artist, an emblematic writer-filmmaker, and, at the same time, a historical passer-by, carried along by circumstances