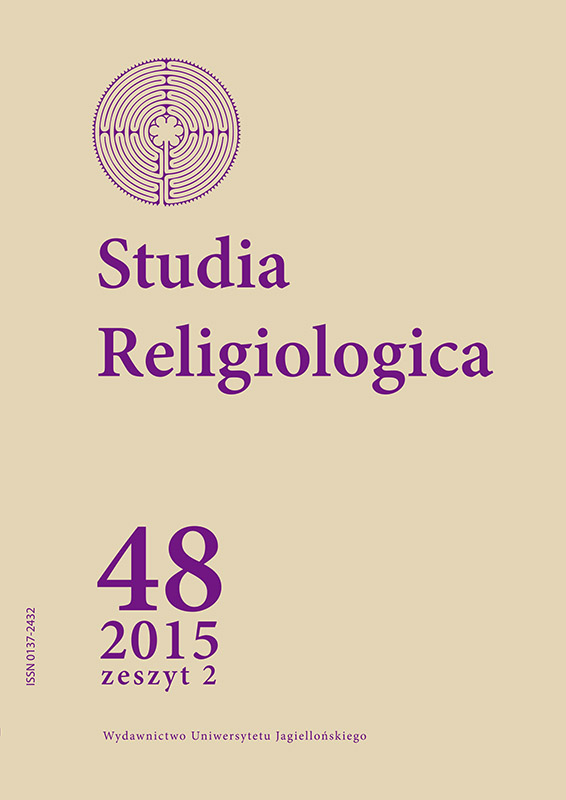 Summary/Abstract: Although the apotropaic qualities of tefillin have been generally recognised, there is one additional aspect that needs some further attention. The main purpose of this paper is therefore to present the connection between tefillin and Deuteronomy 28:10 that is drawn in the early Rabbinic literature. The said verse reads: “and all the nations of the land will see that the name of Yahveh is called upon you and will be afraid of you” and in itself bears the meaning of distinction, provision and protection. Yet, despite this verse’s interpretative potential, it is referred to just eleven times in the scope of both Talmuds and Midrash R. Seven of these references are clustered in the Babylonian Talmud: one (Berakhot 56a) interprets the passage as a metaphor of fame, whereas the remaining six (Berakhot 6a, 57a; Megillah 16b; Sotah 17a; Menahot 35b; Hullin 89a) explicitly state that the words “the name of Yahveh is called upon you” refer to head-tefillin. Meanwhile, the other four mentions (Exodus R. 15:6, 17; Deuteronomy R. 1:25; JT Berakhot 5:1 37b–38a) portray Israel as an earthly representative of Yahveh respected and feared by the heathens, despite the military supremacy of the latter. This indirect connection between tefillin and the idea of godly provision is supported by BT Menahot 36b and Mekhilta de-rabbi Ishmael to Exodus 12:23, 14:29, which explain the power of tefillin as stemming from the sacred names contained therein. This explanation fits the broader context of the apotropaic power of divine appellations.