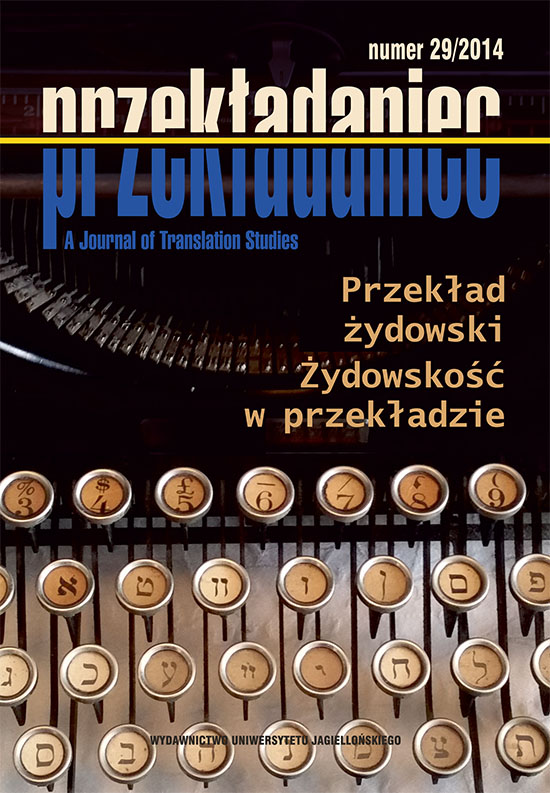 Summary/Abstract: This essay examines the rhetoric and practice of translation in the Russian Empire’s Hebrew and Yiddish cultural communities and focuses on the intriguing fact that by 1917, many of the writers, critics, intellectuals, and publishers committed to a Jewish nationalist vision of Hebrew or Yiddish cultural renaissance were convinced that a massive program of literary translation was their most essential task. The study reconstructs the guiding translation program of this divided intelligentsia, which posited a universal canon of European and even world literature that had to be incorporated whole into Hebrew and Yiddish literature systematically and rapidly, without any sort of Judaization or popularization, and with an emphasis on the expansion of the expressive capacities of the target language and its writers. The essay traces how this commitment was expressed and embodied in translation theory, practices of selection and publishing, and in several acts of translation themselves. It further demonstrates how this translation program and its practices were linked to a larger vision of programmatic ‘de-Judaization’ or ‘de-parochialization’ of Hebrew and Yiddish culture propounded by some of the most committed Hebraists and Yiddishists in Russia. Finally, it argues that this translation program expresses a more general and seemingly paradoxical variant of East European Jewish cultural nationalism which held that a modern Jewish national culture could only be truly worthwhile and compelling to modern creators and consumers if it was universal in its expressive potentials and demarcated from other national cultures by language rather than content.