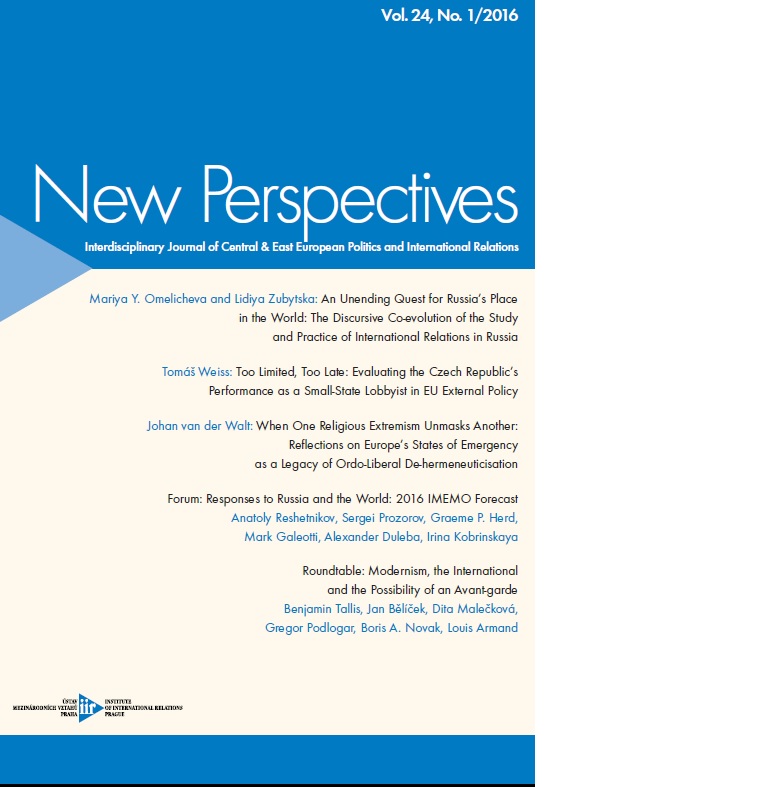 Summary/Abstract: The idea of ‘Global IR’ generated a growing interest in ‘national schools’ of IR and theircontribution to understanding the diversity of international relations. As a part of this discussion, the current study is set to explore what has been presented as Russian IR theoryand its utility for understanding Russian foreign policy and international relations. Our contentionis that there is still not a Russian ‘national school’ of IR with a distinct set of conceptsand theories, research methods, and standards for assessing its legitimate contributions toglobal knowledge. Strongly influenced by the theoretical developments in theWest, RussianIR has produced a number of conceptual innovations for the study of IR, but its highlyideological and relativist character limits its global appeal. The dominant Russian IR perspectivesresonate with the world imagery and foreign policy agenda of the Kremlin administrationnot because they offer a novel and productive way of studying Russian foreignpolicy, but because Russian theoretical perspectives have been shaped, by and large, bypolitical rather than academic considerations. To map out the complex theoretical landscapeof Russian IR and how it relates to perspectives of Russian foreign policy-makers,this study employs discourse theory to analyse the co-evolution of the study and practiceof Russian IR.