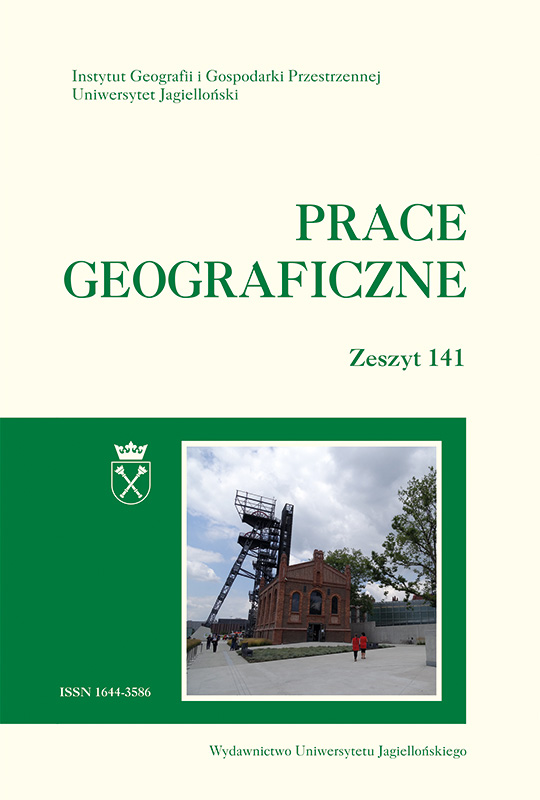 Summary/Abstract: Bad urban policy leads to environmental degradation and a reduction in the quality of life in cities. Therefore, local government action ought to be guided by the principle of sustainable development. The application of the green city idea can have a positive effect on the natural environment and urban quality of life. The research methods presented in this paper concern the development of green cities, which are most vulnerable to the risk of what can be called excessive urbanization. The conversion of degraded or neglected cities into green urban centers may be the answer to environmental, social, and economic problems in such cities. Urban planners increasingly more often pay attention to the link, which exists between the idea of green cities and the urban concept of a garden city. However, this novel idea assumes not only the creation of green areas, but also a reduction in dust and gas emissions, likewise noise and waste, renewable energy, implementation of sustainable transportation, and promotion of organic food staples. Cities that properly apply these principles are called green cities or eco-cities. Many Scandinavian and North American countries base their policy on sustainable development. Local governments in Poland, as well as urban planners in Poland, must derive inspiration from the environmental approach employed in other countries. Greenery plays important roles in urban aesthetics; therefore, it is necessary to take it into consideration in land use planning, city development strategies, and local programs linked with urban revitalization. New housing projects should assume the existence of such spaces, which would interfere with the natural environment as little as possible. Developers should also be required to restore destroyed green areas. The revitalization of Polish housing units must be rethought in the spirit of the green city concept. Greenery should dominate in all housing complexes, which would refresh and enrich the landscape through so-called living walls. This would have a positive effect not only on the aesthetic appearance of buildings, but also it would help maintain a more comfortable temperature throughout housing estates in the winter and in the summer. So-called green roofs could be built on the flat roofs of all existing housing blocks. Geographers and landscape ecologists should be permitted to evaluate new construction projects. Community participation and environmental education both play a key role in pro-environmental policy. Moreover, city residents should have some influence on the appearance of their city.