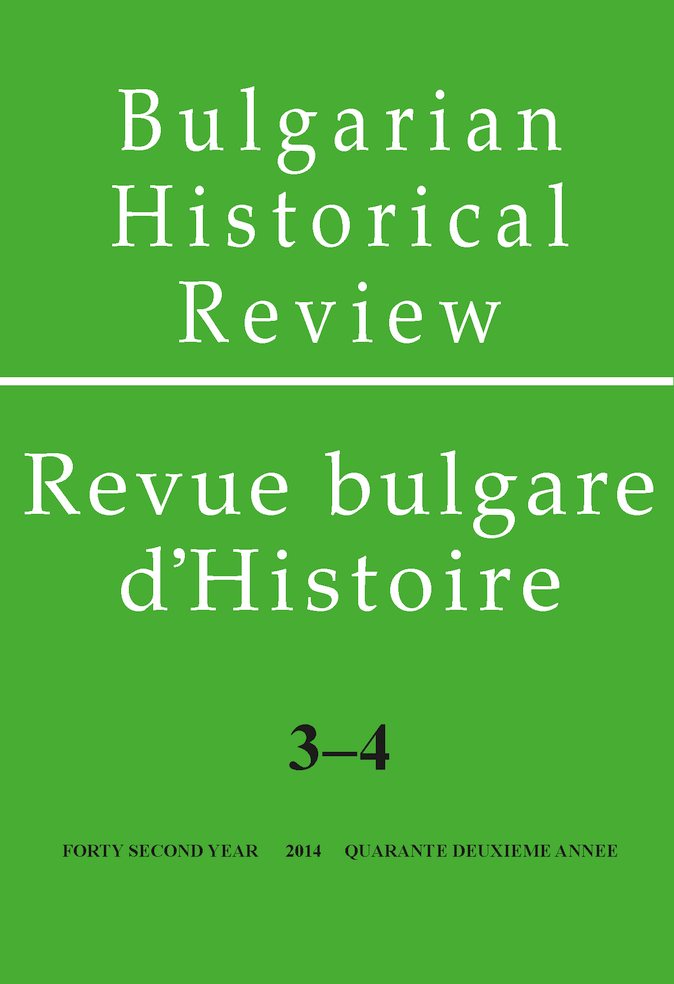 Summary/Abstract: Along with his interesting, diverse and successful career (of civil engineer, Director of Railways, minister plenipotentiary), Bogdan Morfov was directly engaged tied with Bulgaria’s cause of achieving an outlet to the Aegean Sea. He experienced the vicissitudes in this national aspiration both as an ordinary citizen of the kingdom and a direct participant in the formation of its changing in time configurations. In particular, the author reveals B. Morfov’s perceptions and efforts to implement them before the Balkan War (1912–1913); Expert activity in the early post-WWI period and his participation in the Bulgarian delegation at the conference in Lausanne (1922–23); later, his efforts in the respective direction as minister plenipotentiary in Paris and his activities in the preparation of the conference in Montreux (1936) as well as in the dramatic 1940 in connection with the anticipated return of Western Thrace within the borders of Bulgaria