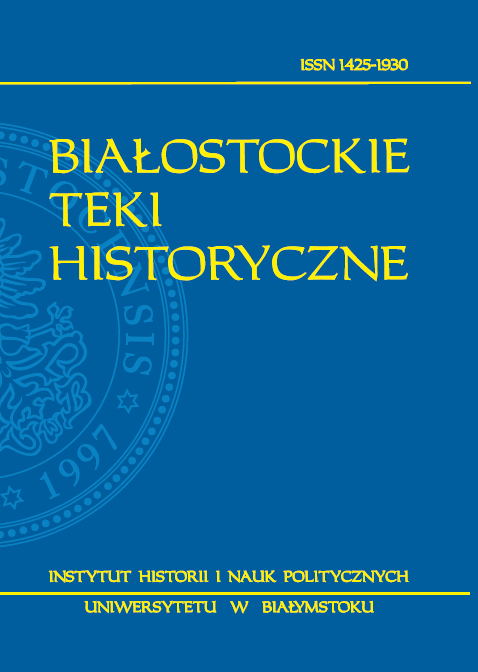 Summary/Abstract: In the third period of Ukrainian prerevolutionary statehood, called Directorate, national groups took over the authority. As a result of various events, in February 1919 Symon Petlura became the leader of the republic. One of the most revolutionary decisions of the Directorate consisted in adoption of the act of autocephaly of the Ukrainian Orthodox Church. Although the episcopate of the Ukrainian Orthodox Church boycotted this act, the Directorate strived hard to execute its resolutions. One of the most important Directorate’s actions was sending to Constantinople a representative of O. Łotocki’s government, with the mission of gaining the ecumenical patriarch’s – Germanos V’s support. A fast collapse of the new authority made it impossible for the Ukrainian nationals to achieve the main objective – the autocephaly of the Church.