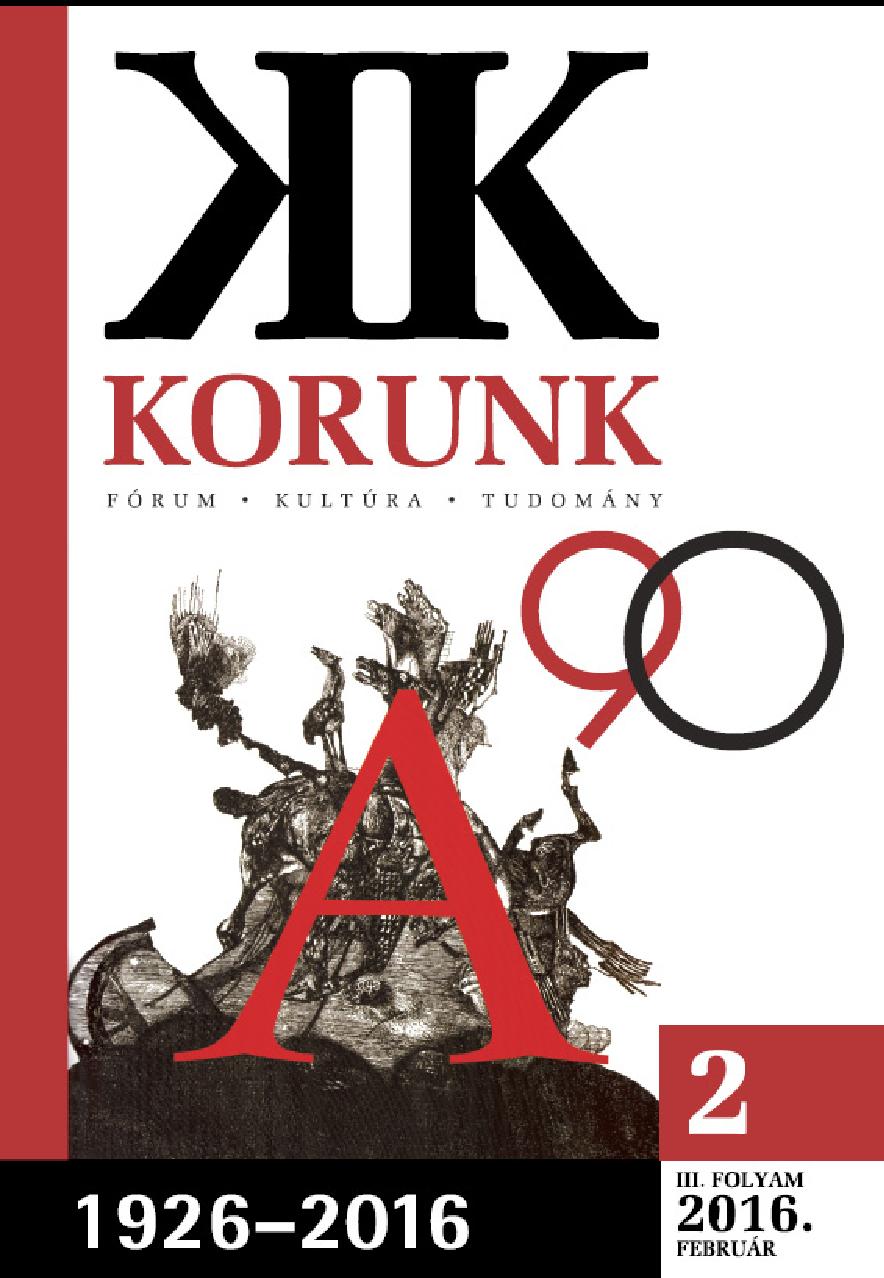 Summary/Abstract: The journal Korunk (“Our Age”) celebrates the 90th anniversary of its founding in February this year. One of the oldest Hungarian-language social-scientific/cultural/literary journals of the Carpathian Basin still published today has played an essential role not only within Transylvanian Hungarian literary, scientific and cultural life, but also in the integration of European values into Transylvanian culture. Its founder and editor until 1931 was Dienes László, who, from January 1929, co-edits the journal with Gábor Gaál. The Korunk establishes a new type of journal, aimed at encompassing the whole of modernly differentiated spiritual life, hitherto lacking from Romanian Hungarian culture, which, as “a journal of four countries”, enlists its authors from more countries for almost every issue, even in the issues of the first series, from February 1926 to August 1940. The second series of the Korunk commences in February 1957, under editor-in-chief Ernõ Gáll and managing editor Edgár Balogh. The thematic centre of the journal is defined as the modernisation of its profile and themes and as the rendering of national and ethnic characteristics “between universal coordinates”. However, the ever-increasing censorship sees to it that the initiatives of this second start soon turn grey, and that the journal limits itself to the preservation of forms and to the mere presentation of worldwide cultural life, tolerated by the censors. The second part of the 1960s, with the easing up of the political climate, brings about a new change. This is the beginning of the truly “good period” of the Korunk, due to experimenting with new forms, new editorial conceptions, and, not least, to the exploitation of the possibilities inherent in thematic editing. By this time, the journal has become not only a much needed forum for Transylvanian Hungarian intellectuals, but also an institution of consciousness formation and ethnic self-cognizance. Again, after 1984, the year when the repressive characteristics of the political regime start to become increasingly dominant, the possibilities are narrowed down once more. In fact, from now on, the life of the journal limits itself to isolated editorial work. The third series, launched in January 1990, will have Lajos Kántor as editor-in-chief, followed by Imre József Balázs, and then by Gyöngy Kovács Kiss. In its present form, Korunk remains a forum for intellectuals and a mediator of scientific results. On the one hand, it is a blend of Transylvanism and Europeanism – due to the discussion of global and local themes –, on the other hand, it also fulfils the function of a bridge between the segments of Transylvanian and universal Hungarian spiritual life. The fragmentary corpus of this issue presents the virtual, longitudinal, or rather latitudinal, section of a textual archive, its horizontal and vertical approach. And, in this reading, it is also an attempt at a self-reflection of the Korunk at its jubilee.