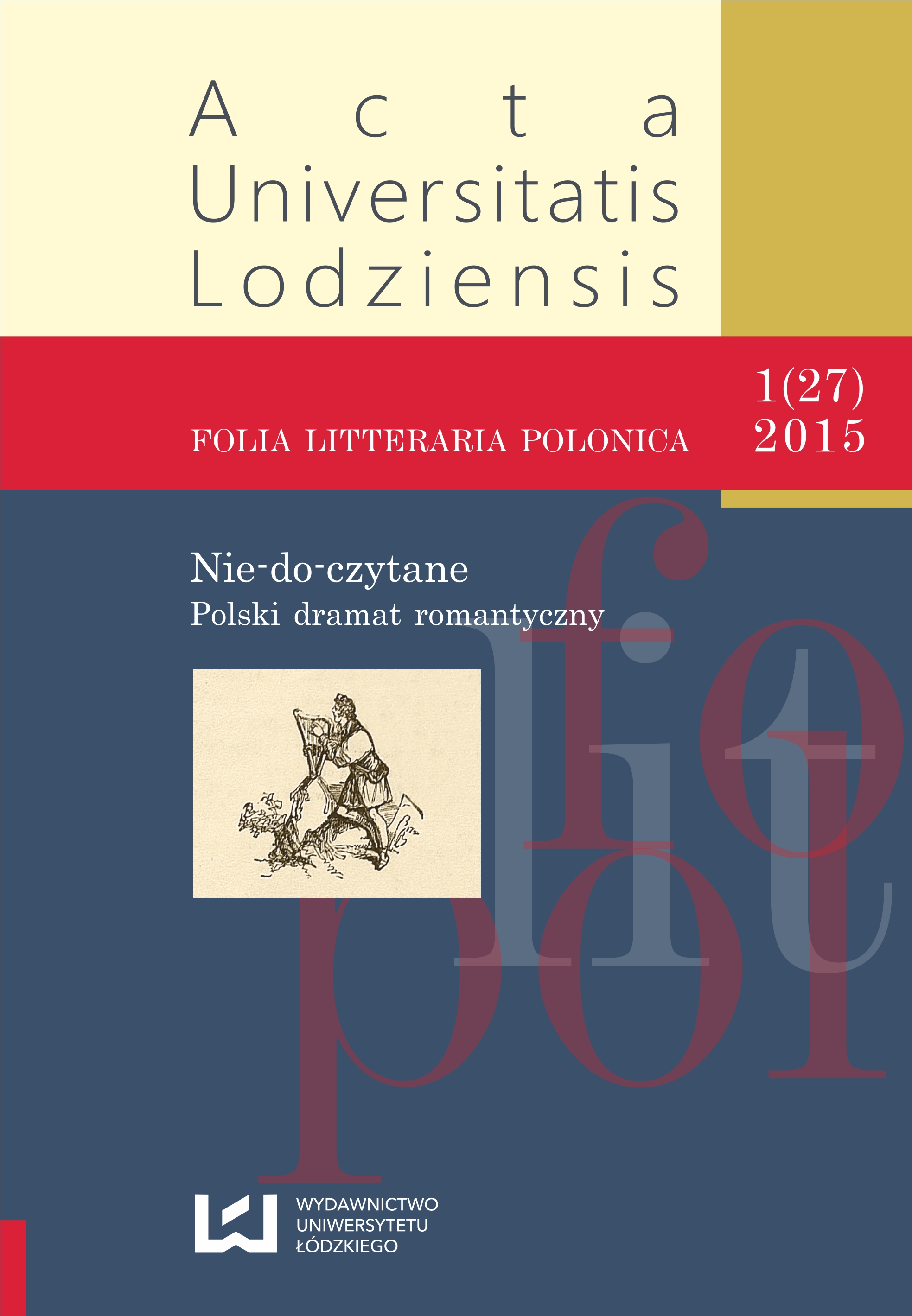 Summary/Abstract: During World War II, in Cracow, Tadeusz Kantor co-founded the Clandestine Independent Theatre. At the same time, he became a leader of a group of the young artists. Because of Nazi occupation it was a truly harsh time for art. But still artists organised meetings, during which they discussed cultural news, popular ideas, avant-garde art trends etc. Hectic rehearsals took place in private apartments. At that time, Kantor decided to re-read carefully and direct “Balladyna” – a great work of Romanticism written by Juliusz Słowacki. Even though in the 1940s Kantor was under the influence of avant-garde. Abstract art, Russian and German constructivism, Romantic ideas and symbolism were still important for him. Therefore he had to find his own artistic expression and that was the right moment for the challenge – he rediscovered “Balladyna” and regenerated a Romantic essence in the abstract “entourage”.