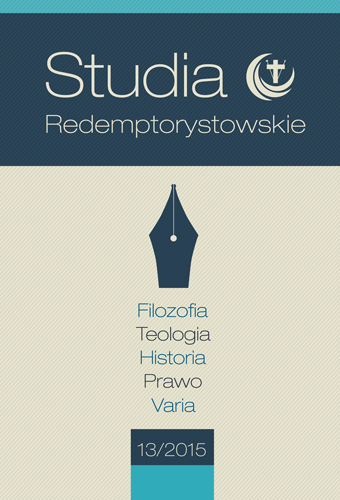 Summary/Abstract: In the Council of Trentino, from 1545 to 1563, the last two strands: reformof the Catholic Counterreformation, because previous efforts to reformthe Church connected with the clarification of Catholic science challengedby Protestants. The papacy feared convening another Council due to thesupremacy of the Cathedral over Pope, although the first such attempt in1534, 1536, 1537, 1539 to Trento, but the last Papal Bull Laetare Ierusalemannounced in 1944, and the second was on December 13, 1945, in the firstsession was attended by few Cardinals, archbishops and bishops, but in theend of December 4, 1563, was attended by 255 of the second fathers. In sciencethe church adopted: the doctrine of justification, of original sin, indicatedon the letter and tradition as a source of faith, it was number 7 sacraments,which were found to be the source of grace, and the Holy Mass makes it clearthe sacrifice of Christ on the cross, as well as the obligation to preach theword of God. In terms of church discipline: prohibited the appointment ofcumulation, ordered to include marriage to Pastor and witnesses, the Ministerrecalled to mansion, and bishops were obliged to visit the diocese and forconvening councils, as well as the obligation to create seminars and closurehave been introduced in the monasteries and banned from broadcastingthem in command. Trentino for many centuries formed the Catholic Churchreligious, and gave it the order and shape in terms of doctrine and discipline.