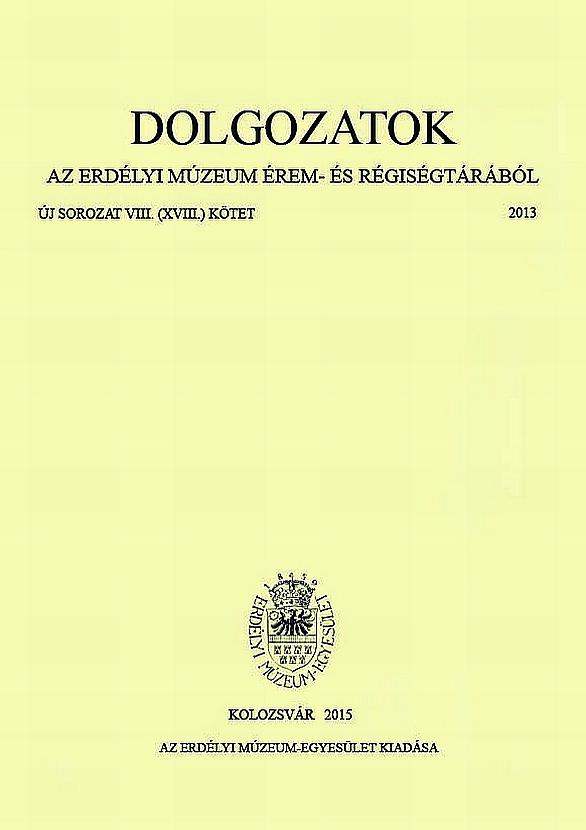 Summary/Abstract: The Jesus Chapel is located at the south entrance of the town Odorheiu Secuiesc. This ecclesiastical building belongs to the group of four-lobe chapels with analogies in the west and north of the Carpatian-basin and Transylvania. Traditional belief dated the building of the Jesus Chapel to the 13th century. The chapel was mentioned in the written sources for the first time in 1602. There are no carved stone elements in its structure. The special technical components of its altar date from the end of the 17th century – beginning of the 18th century. The central picture of the altar, representing Jesus with His bleeding heart and the lamb, are strongly connected with the Jesuit order which appeared in Odorhei at the end of the 16th century. The painted wood ceiling was made in 1677, originally the chapel was probably vaulted. The archaeological researches made in 1973 and 2011 have also given postmedieval dating. Stratigraphical data proved the building of the chapel post quem the middle of the 15th century. The stone and brick crypts discovered in the centre of the building are directly linked to the foundation of the chapel, which was probably a miraculous healing. Although it has been used later as a burial chapel, there are no written documents concerning the founder’s person or their family. The chapels in Gheorgheni (Szent Anna/Saint Anne Chapel) and Sânzieni (Szent István/Saint Stephen Chapel) are in Szeklerland the closest architectural analogies of the Jesus Chapel. Their newest research dated them to the 17th century and marked them as being votive or private chapels.

LANGOBARD TELEPÜLÉS BALATONLELLE HATÁRÁBAN Longobard Settlement in the Border of Balatonlelle 2004 A székelység szerepe a középkori és a fejedelemség kori határvédelemben The Role of the Szeklers in the Borders Defense in the Middle Ages and the Period of the Principality 2012 Szemle Book-reviews 2013 Egy disszertáció margójára: A Rika-erdei várak és az udvarhelyi királyi magánuradalom On the Edge of a Study: the Castles in Rika Forest and the Royal Domain of Odorheiu Secuiesc 2013 Királykő vára King’s Stone Castle 2018
2020 © CEEOL. ALL Rights Reserved. Privacy Policy | Terms & Conditions of use
ICB - InterConsult Bulgaria ver.1.5.0917