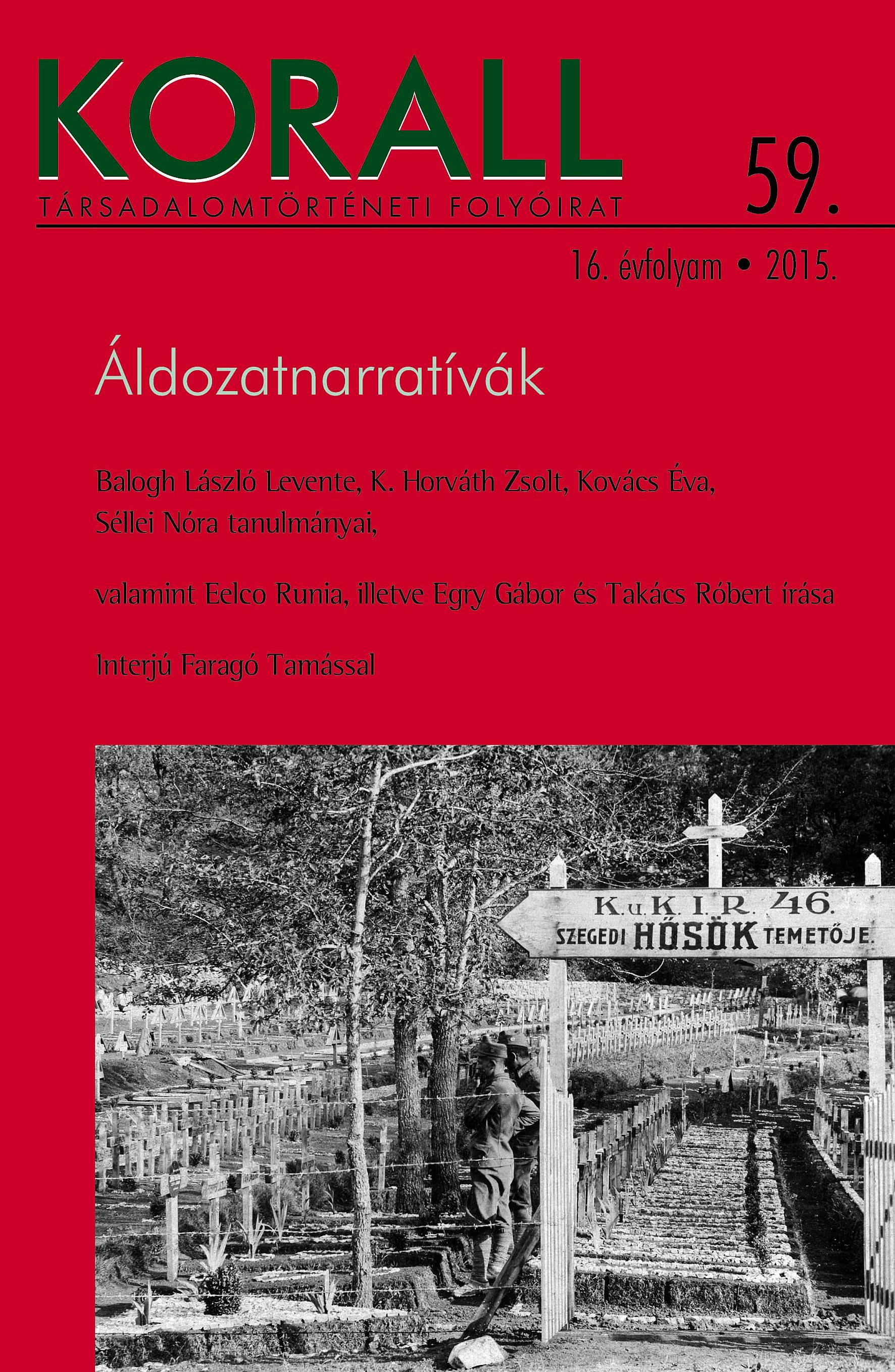 A női test mint áldozat – Polcz Alaine: Asszony a fronton
The Female Body as Victim and Sacrificial Object – Polcz Alaine’s One Woman in the War: Hungary, 1944–45

Summary/Abstract: Alaine Polcz’s autobiographical text (entitled in Hungarian: Asszony a fronton) breaks the silence that covers up rape cases committed by the soldiers of the Soviet Red Army in Hungary. Herself a rape victim, Alaine Polcz, however, goes beyond this particular historical event in her text, and raises the questions of wartime rape in general and that of violance against women in civil life. Applying Elizabeth Grosz’s image of the Möbius strip to express the relationship between the body and the mind, Bernhard Giesen’s term victimhood, Simone de Beauvoir’s the One and the Other, Julia Kristeva’s concept of the abject and her analysis of the cultural icon of Stabat Mater, and also relying on some ancient Greek myths of rape and violence against women, the study argues that wartime rape can be seen as an act in which women function both as victims and sacrificial objects, and that the underlying cultural unconcious informing these acts derives from the bifurcation of women as the Biblical Eve and Virgin Mary, or the Madonna and the Whore. Within the framework of this cultural concept, the female body is considered always already filthy, and as such defiled and complicit in rape. As a result, rape victims are regarded as desecrated and are expelled from the very community which idolised them before the rape, a main reason why the silence surrounding rape cases is almost impossible to break. Polcz Alaine’s text, however, moves beyonf the context of war, and creates explicit connections between wartime and marital rape and abuse of women in general, thus turning her text into a general exploration of the notions informing the structure of violance against women.