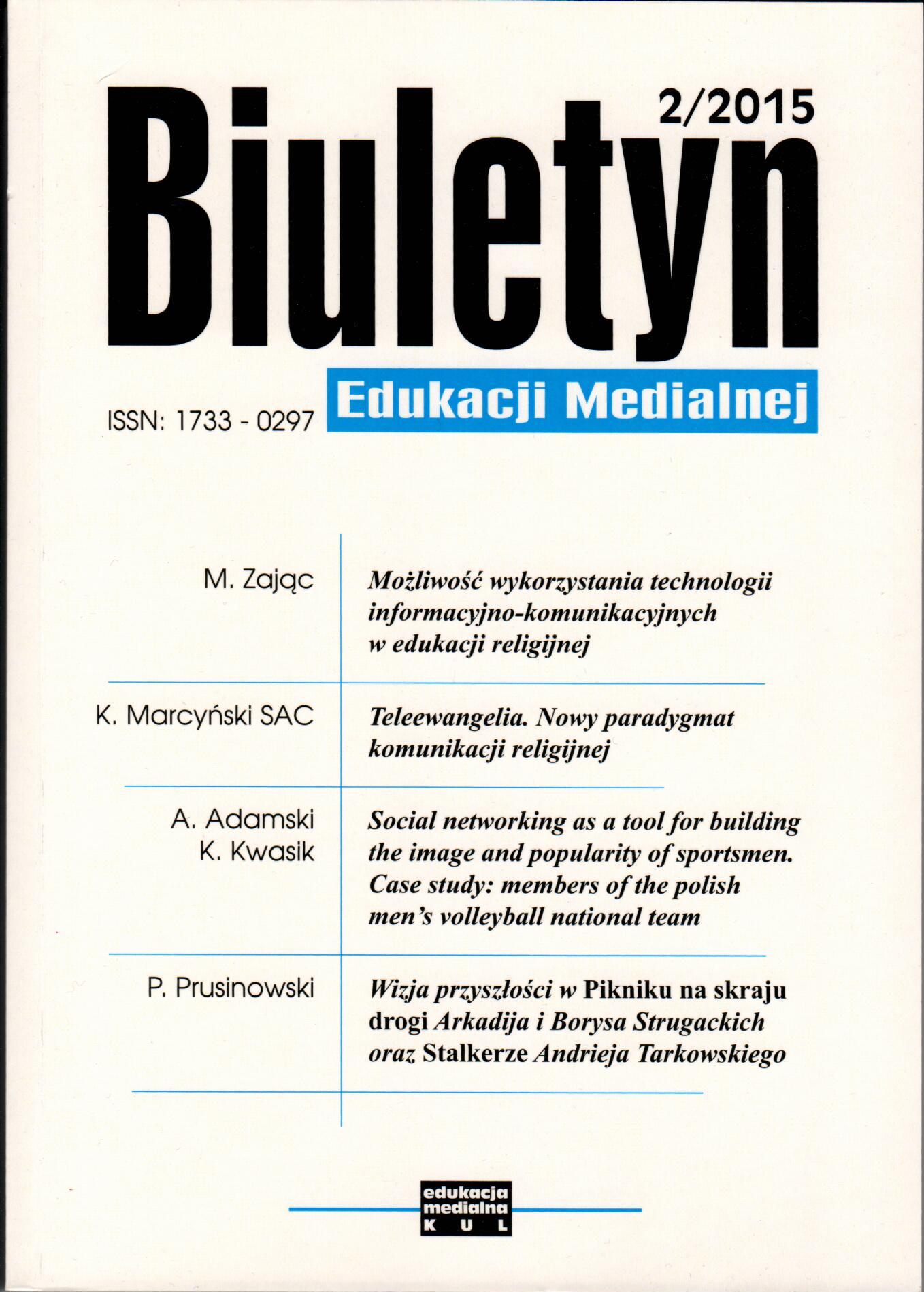 Summary/Abstract: This article is a comparative analysis of the artistic visions of the not‑too‑distantfuture in the science fiction novel Roadside Picnic by Arkady and Boris Strugatsky and its loose film adaptation, entitled Stalker, directed by Andrei Tarkovsky.The major theme of Strugatsky brothers’ book is humankind’s inability totake the chance of drawing benefits from making contact with extraterrestial civilization.As the so‑calledstalker (a criminal who is going to the forbidden Zone,left by aliens, in order to steal the artifacts or lead his clients to allegedly wish‑grantedplace), the main protagonist remains the personification of this condition.Although Tarkovsky derives eponymous character of his adaptation from its literarysource, he changes this person’s role. While Strugatsky’s stalker tries to findhis way to Absolute involuntarily and subconsciously, his film equivalent treatshis occupation as a kind of mission – he wants to be someone who participatesin connecting the people with something sacred and metaphysical. Although bothstories take place in the devastated industrial setting, the Tarkovsky’s vision ismore symbolical and metaphorical than Strugatsky’s. It’s also more clearly relatedto religious themes (mostly of Christian and Taoist origin) but in a non‑orthodoxkind of way.