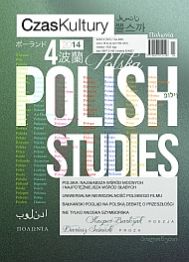 Kultura dwojga
A Culture of Two

Relational Identity in the Philosophy of Luce Irigaray

Summary/Abstract: Luce Irigaray, previously associated with the French-speaking community of feminist theorists, is the author of numerous works focused on the issue of so-called relational identity. This essay discusses two recently released philosophical works by Irigaray, Sharing the World (2008) and In the Beginning, She Was (2013). These latest books, which are still not well known in Poland, explore a wide range of contexts, around which the philosopher constructs her project for an ethics of sexual difference. The starting point in her work was the concept of a feminist perspective, which over time has gradually evolved into the wider concept of emancipating not only humanity, but the entire world. The philosopher remains uncompromising in her thinking and aims her pointed criticism at the monosubjective (i.e., patriarchal) culture of “The Same”, emphasizing the need to build a culture of two, that is, a culture of dialogue and difference.