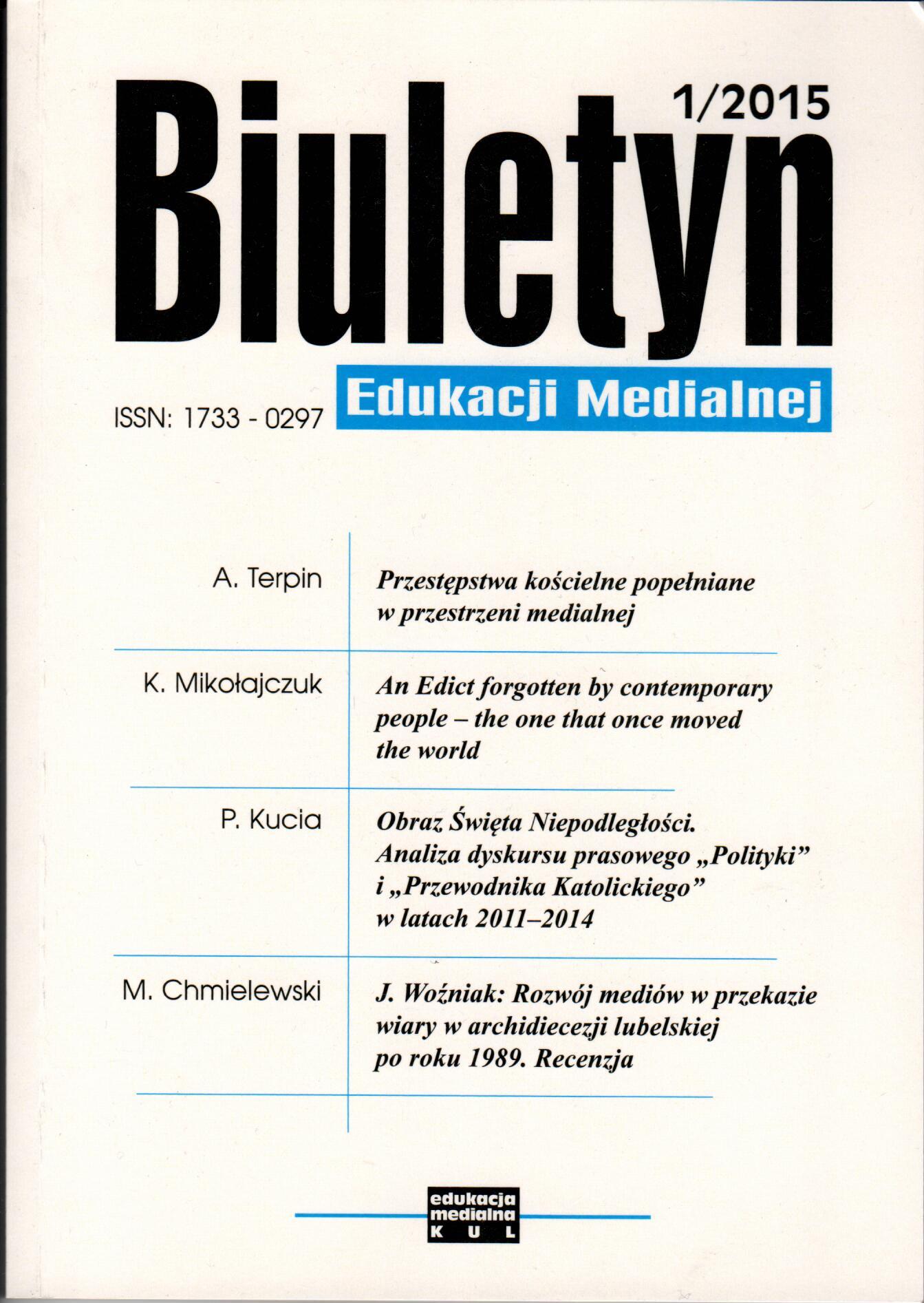 Summary/Abstract: The contemporary television journalism very much firmly marked is a creation.Majority of television journalists, people working in television is buildingtheir image up for the purposes of the TV screen. Journalists more and more oftenalso happen researchers, documentary film‑makers,reporters and the place on‑screenis falling to the actor or famous person.