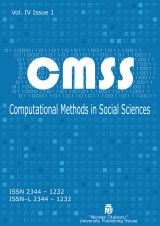 Summary/Abstract: Can foreign direct investment (FDI) promote growth in Africa? What does the inflow of investment hold for African emerging economies? Are the determinants of FDI different for different regional blocs in Africa? This study reviews the implication of FDI for different regional blocs in Africa. FDI was found to have a significant effect on growth in North Africa but had no significant effect in East, Southern and West Africa. FDI was also found not to be driving growth in the whole of Africa in a significant manner. The implications of the findings are that even though trade openness seems to be a major factor driving FDI. Poor domestic markets were still preventing many African economies from taking full advantage of the gains from foreign direct investment. The study results could be useful to scholars who study the dynamics surrounding FDI disbursement and strategies on how FDI can drive growth in developing countries.