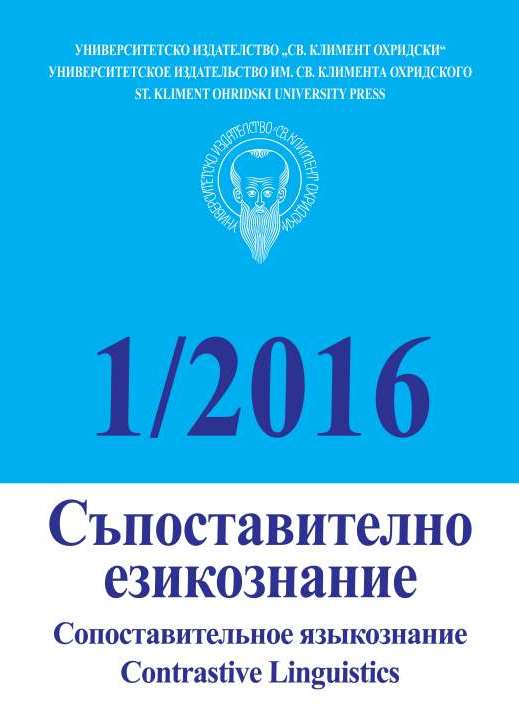 Summary/Abstract: The article examines the origin of the nomination of the herbaceous plant oregano (Rus. душица обыкновeнная). The main object of analysis are the linguistic manifestations of specific and functional signs as the basis of name, and the ways of their expression. Based on this are determined the models of nominative row in Russian and Bulgarian languages. The study of nominative rows of the plant oregano entering the thematic group of phytonyms „Medicinal herbaceous plants of the family Lamiaceae,“ is the most acceptable method for the study of the principles and ways of nomination of objects possessing common properties. This method facilitates the study to focus on the many names and identify the current relations between marked objects and their names, as well as to reveal the systemic organization of thematic vocabulary groups. Furthermore, comparison of current models of nominative rows in the system of the two languages (Russian and Bulgarian) provides an opportunity to indicate the integrity of nominations of the studied thematic group.