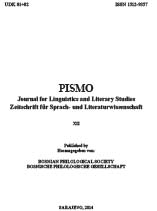 Summary/Abstract: Shakespeare’s Coriolanus projects a psychological account of a nation that is crushed under an economic crisis and stricken with both internal and external conflict. The masses of Rome are fighting the Senate internally while the external conflict between Rome and the Volscian army. Viewed from the perspective of a 21st century setting, one cannot escape the haunting feeling that Coriolanus symptomatically displays on page, on stage and on film. This paper will attempt to shed light on the manner political psychology operates within Coriolanus. This paper will focus on the issue of how situating Coriolanus in our contemporary time and age can be a fitting context for observing the unease tied to the revolt of the people. This is best seen when set against a cultural materialist analysis of the 2011 Ralph Fiennes adaptation. His portrayal of Coriolanus, a vicious Roman general, ironically finds its rightful place in our contemporary world – a world that is as plagued by war and death as it was in Coriolanus’ time. Ralph Fiennes’ directorial debut with Coriolanus (2011) situates its main character in the contemporary world and gives an astonishingly accurate account of a modern political strife. Furthermore, this paper will examine Fiennes’ focus on the issue of ‘body politics’ by examining Coriolanus as a part of ruling society of the ‘body’ of Rome. As a representative of the patrician class of Rome, Coriolanus’ prowess in battle would seem to make him an ideal hero for the masses.