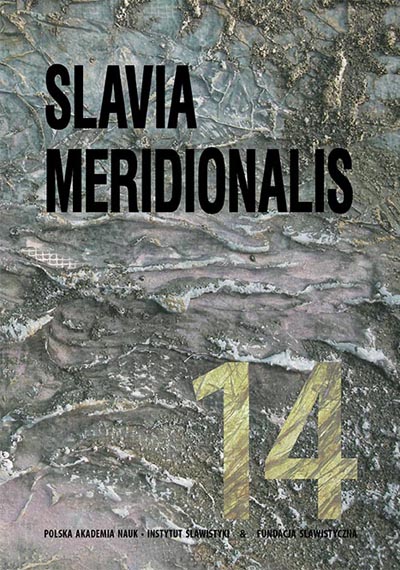 Summary/Abstract: This paper examines the dynamics of ideas on the beginnings of Bulgaria, such as were developed by early nationalism in the 18th and 19th centuries. Surveys show that there were different theses which competed tacitly. It is immediately noticeable that the figure of the Founder was imposed with difficulty and relatively late – in fact not until the 20th century. Paisius of Hilendar and the other authors of early histories presented Bulgarians in the context of Biblical history, and thus the beginning of Bulgarian time was associated with Noah and his sons. This idea was not openly attacked by successive generations, but they alternatively associated Bulgarian time and Bulgaria with the medieval kingdom, and especially with the baptism and deeds of Saints Cyril and Methodius. Among pre-Christian rulers, Khan emerges as significant, presented as Law-Maker and great Warrior, but not as Founder. It is typical for the nationalism of any ideological (and not only ideological) structure to strive for extension – in this case to seek its starting point at an ever earlier date. This proces can also be observed in the structures of Bulgarian nationalism: in the second half of the 20th and early 21st centuries there was a clear focus on the time before the Founder Khan Asparukh (7th century), and scholars and journalists still take pleasure in finding older Bulgarian states. However, before the founding of the Principality of Bulgaria (1878), the opposite was true. (Some) representatives of the revolutionary movement in fact rejected the medieval period and preferred to focus on more recent periods, if not on their time itself and even on the immediate future. More or less unexpectedly, this idea was re-vitalised in the late 20th century with the catch-phrase “the most Bulgarian time” associated with the 1870s.