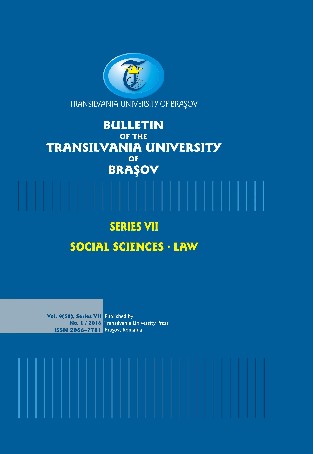 Summary/Abstract: The theme of this paper focuses on the nature and on the issue of identity because starting with the immigration crisis the European identity was slowly affected; as we know in this moment the entire world faced new threats, the moment when terrorism became the main problem of the 21st century. On the other hand this paper brings into spotlight a few aspects regarding the exodus of the non-Europeans immigrants of Arab origin, both Muslims and non-Muslims, who come from countries of the Middle East or North Africa and highlights the absence of a unilateral approach and in accordance with the different viewpoints and, in subsidiary, with the policies on migration and additional influx of immigrants into the European Union.