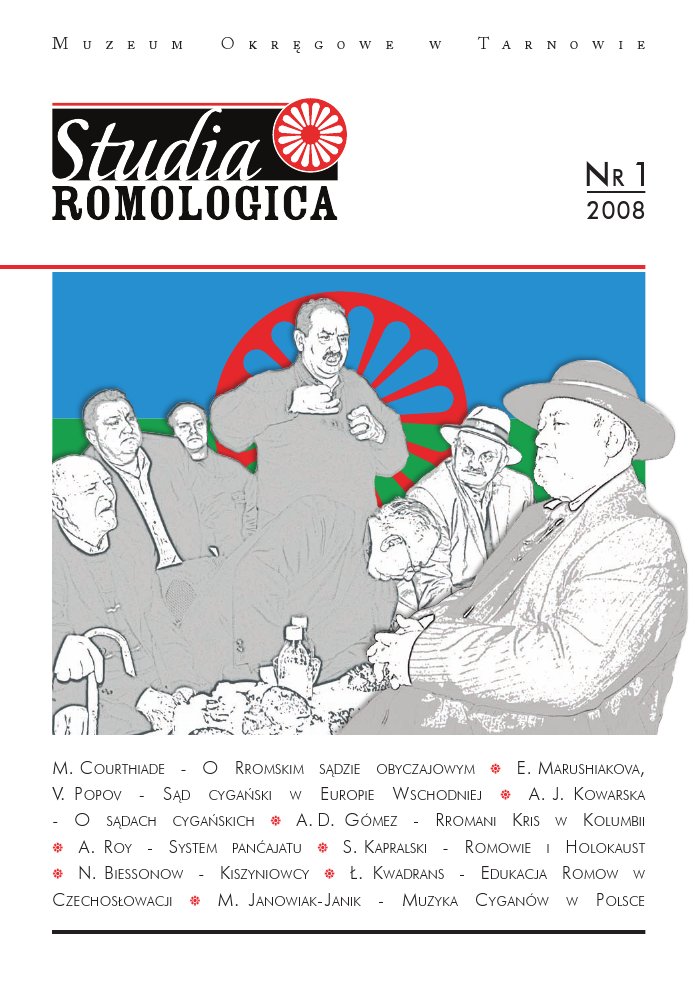 The role of the elders in solving conflicts and settling disputes, in the context of traditional law

Summary/Abstract: Customary laws, traditional ways of solving disputes and seeking solutions to conflicts belong to an area of the social reality into which the magical Roma perception of the world imbues itself. Since it is the Roma elders who wield the power in the matter, I decided to focus my article on their role in settling disputes and imposing punishment. My research, carried out within the Roma communities in Poland and Lithuania, proves that the traditional law plays an extremely important role in Roma societies. It is a set of norms, rules and prohibitions firmly based on tradition.I gathered my materials during a period of 2006-2008 while researching Roma taboos in the Polska Roma group.Applying norms and behaviour patterns related to the traditional way of life is a common practice among the Roma people. In settling disputes within the Roma groups, the traditional law is far more superior to the official state law, and an official verdict produced by a Polish court of law is not a final verdict to be generally accepted.