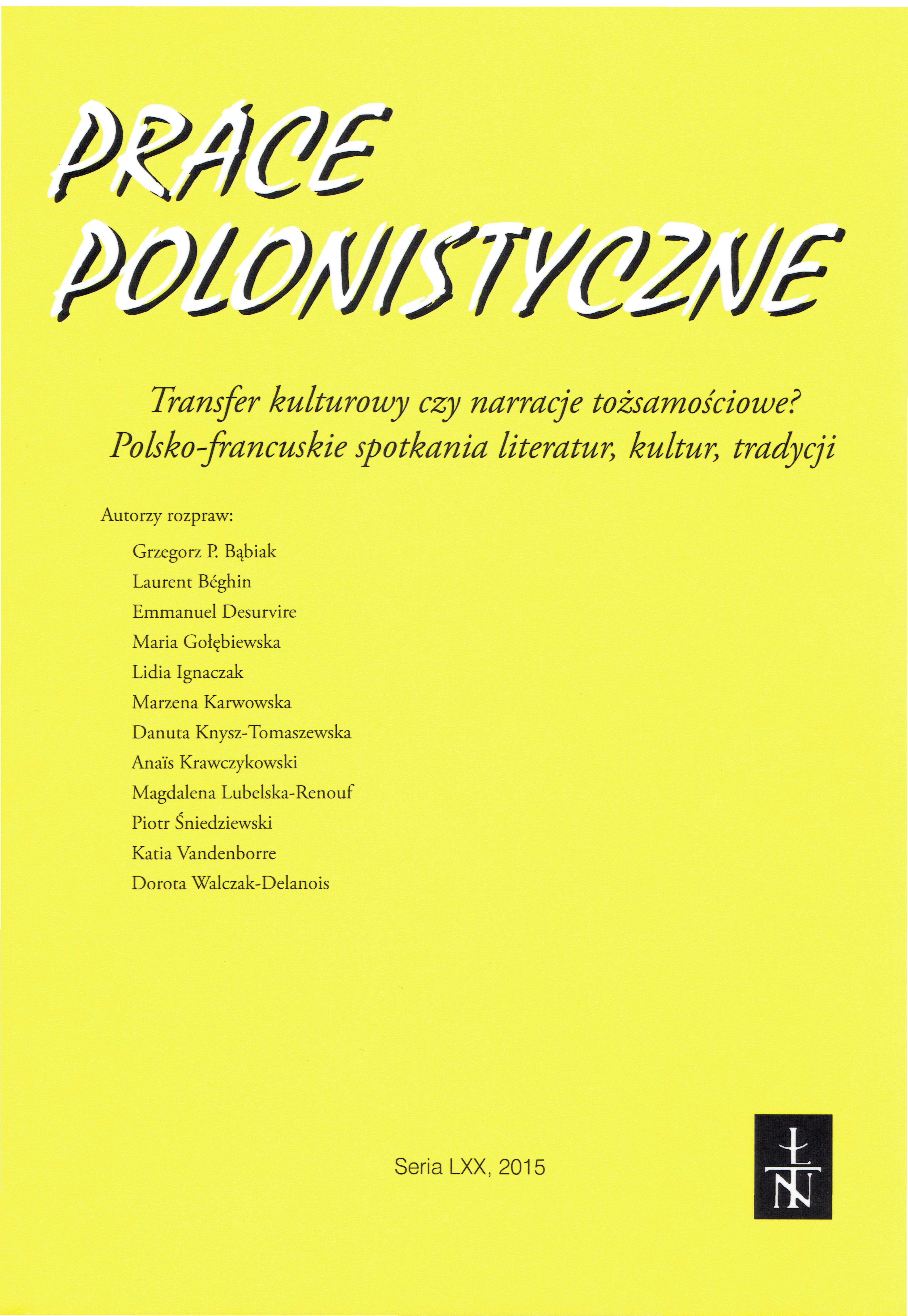 Summary/Abstract: French-speaking Belgium between WW1 and WW2 was very interested in the new states that emerged in Central and Eastern Europe after the fall of the German, Austrian and Russian Empires. Poland in particular was the subject of much attention. Examples include the creation, under the auspices of the Polish government, of the first Belgian chair of Slavic studies in 1926, which was held by a Pole, Wacław Lednicki; Polish writers’ visits to Brussels (Jarosław Iwaszkiewicz, Jan Lechoń) as part of the activities organized by the Belgian PEN Club; the presence of Polish authors, classical or contemporary, in several French-speaking Belgian journals such as Le flambeau and Journal des poètes; the mediation work done by the writer Robert Vivier — to whom we owe some translations of contemporary Polish poets — or the hellenist Henri Grégoire, who sometimes put aside his own discipline — Byzantine studies — to translate and present Polish writers (among others Adam Mickiewicz and Juliusz Słowacki). In this article, I study and relate these events — which arguably prepared the ground for post-war years marked by the presence in Brussels of well-known polonists such as Claude Backvis and Alain Van Crugten — in order to sketch a picture of the reception, in the 1920’s and the 1930’s, of Polish literature in French-speaking Belgium.