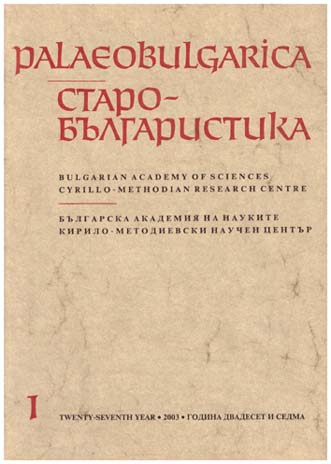 Summary/Abstract: The article analyses the phonetic and morphological features of the oldest Slavonic manuscript of the Sinai Patericon (Russian manuscript of the late 11th c., kept at the State Museum of History in Moscow, Sin. 551). It is concluded that the protograph of the manuscript was Old Bulgarian. Most likely it originated in the southern and central parts of the territory of the East Old Bulgarian dialects during the time of Late Old Bulgarian and it was probably written in the Cyrillic alphabet.