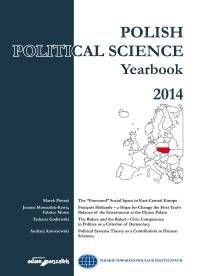 AN EXAMPLE OF (ANOTHER) BLEMISH ON THE ALLIANCE FOR PROGRESS?

Summary/Abstract: The paper refers to a diplomatic controversy between Brazil and the United States that took place in the late sixties of the 20th century. The reason of the dispute layed in a fact of exporting processed soluble coffee by Brazil to the USA at very competitive prices. The US processors didn’t have access to law grade coffees, which served as a raw material to fabrication of soluble powder. The US processors forced the Department of State to counteract that situation. As a result the USA government blamed Brazil of discriminatory trade practices and violating free trade. The controversy was put under the consideration of the International Coffee Organization. The proceedings coincided with the twilight of the American aid programme for Latin America called Alliance for Progress. The controversy was an instance of growing suspicions and deteriorating relations between Latin America and the USA, which changed its foreign policy in that region from supporting development of democracy in the continent toward backing up military regimes.