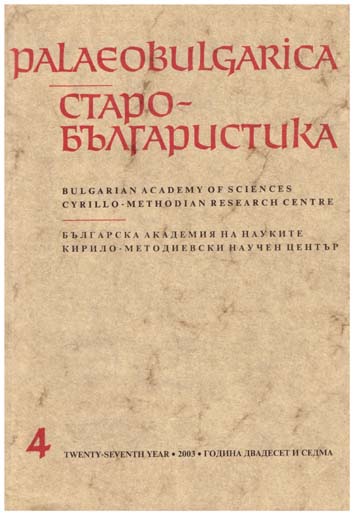 Summary/Abstract: Tervel, one of the best-known Bulgarian khans, helped Byzantine Emperor Justianian II regain his throne in 705. For this he was richly rewarded, including the award of a high Byzantine title. Legends were created around the person of Tervel, particularly in West European literature, indicating that he converted to Christianity and had his people converted upon his return. That means that in these legends the work of Prince Boris-Michael is ascribed to Tervel. From Western authors this legend was passed on to Paisij and the Zographou history. Thus in both Hristofor Zhefarovich and several Bulgarian monastery murals we find images of Tervel, who allegedly took the name of Theoktiste. It is precisely the proliferation of this image that the authors pursue, seeking an explanation for the change of the name from Tervel-Tribellius to Theoktiste.