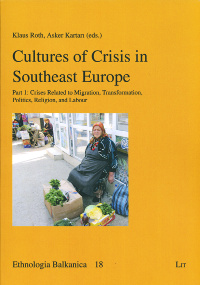 The Case of Angelci, Macedonia

Summary/Abstract: The article presents a religious mechanism from the region of Strumica, Southeast Macedonia, for reducing stress in times of personal and social crisis. The focus of the analysis is on the village of Angelci, inhabited by a predominantly Orthodox population. In the last twenty odd years a complex of eleven chapels cropped up in the village surroundings. They were built by local people who believed that they were “enslaved” and “tortured” by a Christian saint who appeared in a “dream” and gave instructions of where and how to build a shrine. Usually, after a chapel was built, the “torture” stopped for a short or a longer period of time. The establishment of contact with the divine sphere served as a mechanism by means of which local people interpreted and made sense of the personal and social adversities and coped with them. The article compares this phenomenon to that of the alternative religious specialists who represent a strong tradition for the region of Strumica.