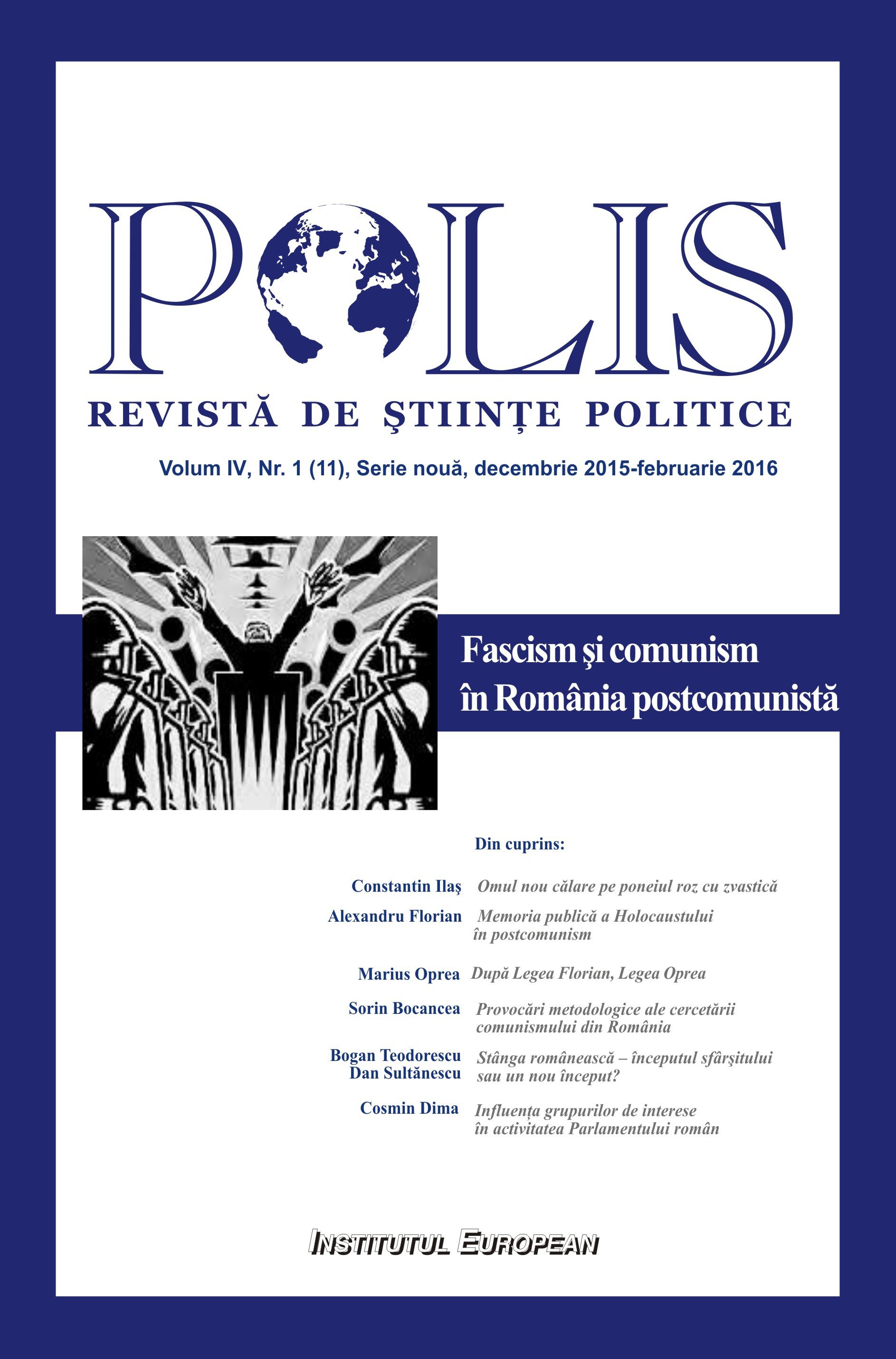 Summary/Abstract: Similar to the intellectuals of his generation, Dimitrie Gusti has encountered the fascist trap within his life history since the 1920s when Benito Mussolini took over the power in Italy. However, Gusti avoided slipping into this trap ever in his life. Certainly, it is a well-known fact that some members of the Sociological School of Bucharest have become legionaries, while others fancied the communist or fascist movement. The fundamental feature of the Sociological School was that it allowed all the young intellectuals – legionaries, socialists, nationalists or Europeanists – to cooperate within the research teams as long as they were preoccupied by the Sociology of the Nation and the Monography of the Romanian villages.In this study I intend to demonstrate that Gusti provided the diligent young people with a scientific alternative, while they were tempted by the political extremes of that time: communism or fascism. I shall prove that Gusti has never proposed or supported a fascist model of development, even though the Romanian sociologist declared that he was impressed by Mussolini’s fascist movement. On the contrary, Gusti has permanently promoted the raise of the Romanian nation based on the model proposed by philosopher Saint Simon, according to whom the scholars have the mission to stimulate local communities, or to influence public policies.I used the method of representative biography, as well as the oral history interviews conducted by professor Zoltán Rostás with people who participated at the monographic campaigns coordinated by Gusti in 1925-1931 and during 1935-1943. The analysis reflects that Gusti’s School and the members who remained faithful to his sociological conception rather competed with the Legionary Movement. Being close to the regime of Karl II, Gusti’s School envisioned a Social Monarchy for the second part of the 1930s, being focused on uplifting the living level of the many, of the Romanian peasants.