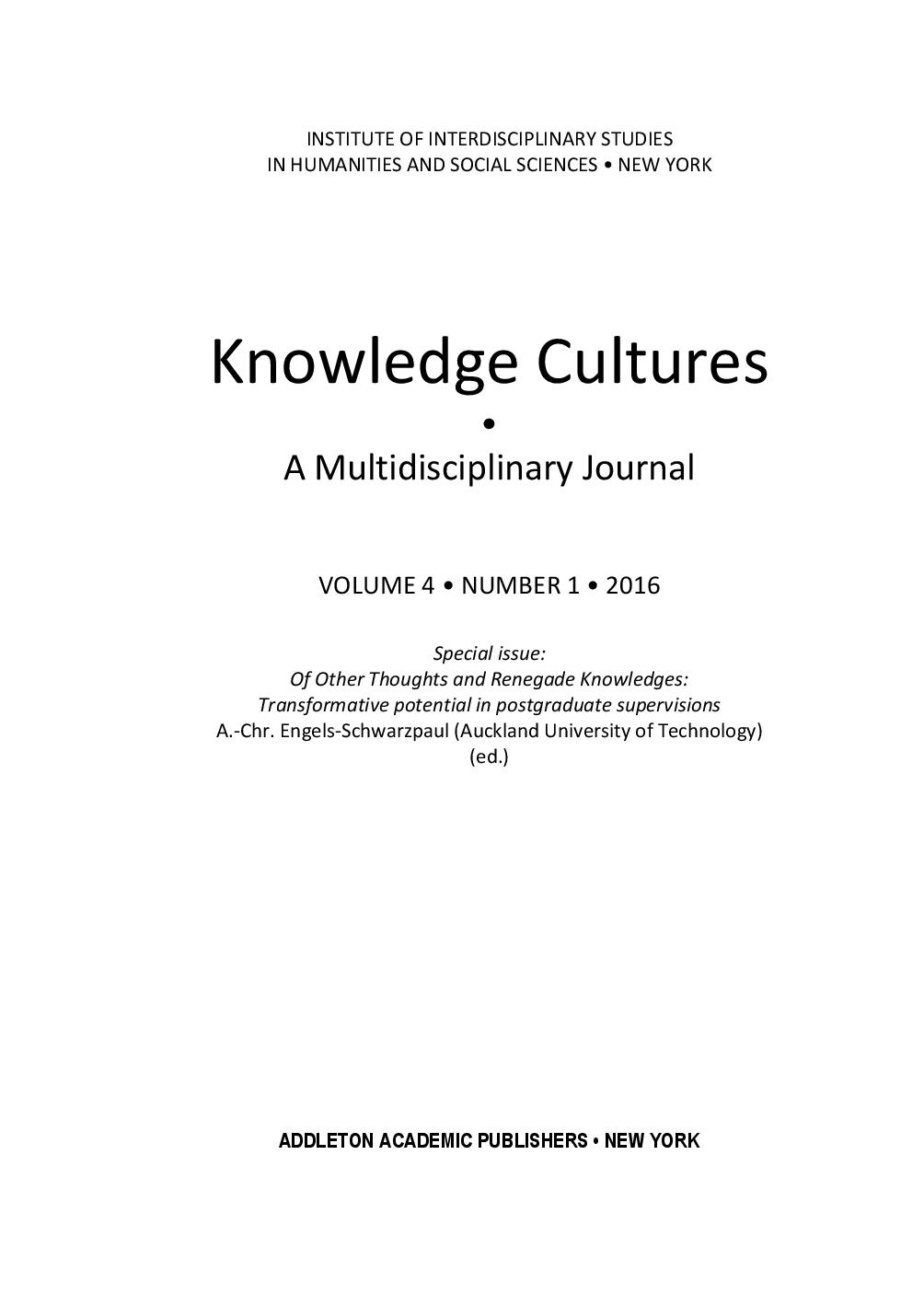 Summary/Abstract: Students at Western universities were traditionally “disproportionately male, from high-status social-economic backgrounds, members of majority ethnic and/or racial groups, and without disability” (Taylor & Beasley, 2005, p. 141). In that sense, more and more non-traditional students enter academia today and, with them, Other Thoughts (Beck & Grande, 2010). Paradoxically, the cultures from which these non-traditional researchers hail are still called traditional societies in Western speech (by contrast with modern, dynamic, individualised and scientifically oriented societies), and it has long been alleged that the development of their knowledge is arrested or inadequate. While many Western institutions now assert their interest in diversity, Other Thoughts still remain underrepresented in the prevailing frameworks governing the production and distribution of knowledge (Olssen, 2003). Yet, Other Thoughts are attractive to research institutions when they can serve or even propel the perpetual quest for the new and original. As different kinds of intelligence appear in the preserves of academic knowledge production, candidates pursuing Other Thoughts are always in danger of being seen as exploitable resources, assimilated and institutionalised.