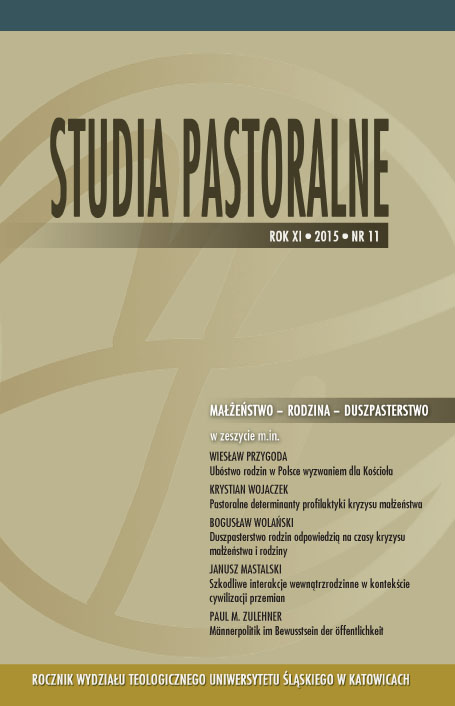 Summary/Abstract: The article is rooted in the need to raise awareness, especially among Christians, of dangers of a totalitarian imposition of gender ideology, assumption of which is to control society through sex and destroy family and, what follows, a latin civilisation. Gender ideology, also called a gender theory, is a multidimensional phenomenon shaped in the context of various socio-cultural events of the 20th century. Promoters of gender deny a human nature manifesting itself in womanhood and manhood and claim that gender is of a cultural character. Therefore it may undergo many changes throughout an entire life. What follows is that one can not support a marriage as a relationship of a man and a woman, whereas a family is nothing but „a relic of the past”. As the result of the said assumptions we can observe attempts to introduce “a dictatorship of relativism” and “copulative totalitarianism” in education of the young. When one wishes to defy this destructive ideology one has to show first of all that it is built on a serious anthropological mistake that denies the nature of a man, his dignity, the essence of a man and a woman as well as the nature of a family. The mistake was pointed at in 2004 by the Congregation for the Doctrine of the Faith in “A letter to the bishops of the Catholic Church in the collaboration of a man and a woman in the Church and in the world”. A Christian standpoint towards genderism is rooted in an anthropology that underlines a value of sexuality and its meaning, whereas ethics formulates and justifies bases of a proper attitude to riches included in human corporality. In order to show the importance of the quoted document in the field of defence of human identity and attempts to start a dialogue with all the people of good will the article describes major assumptions of genderism and vital elements of anthropology of a cultural gender.