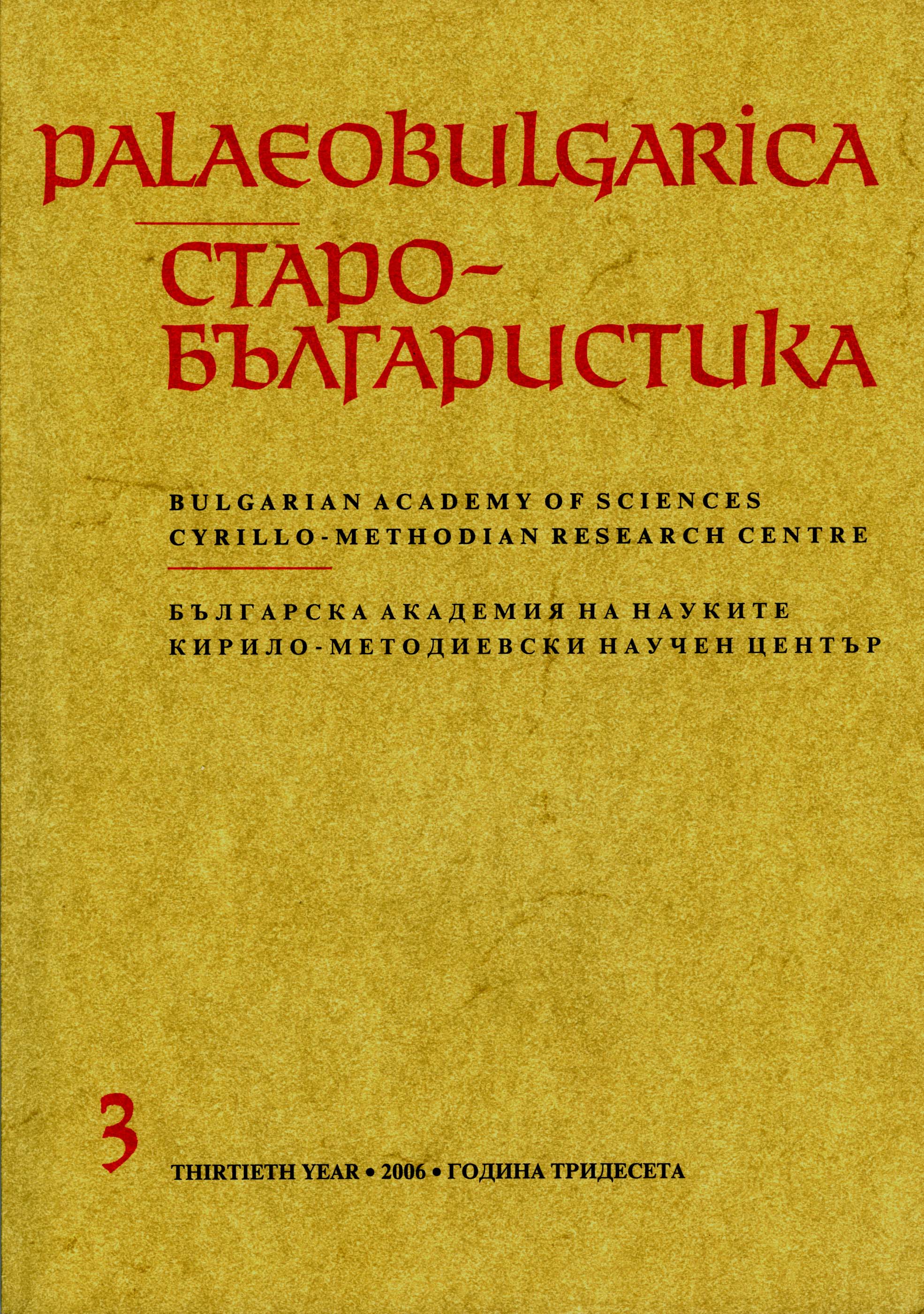 Summary/Abstract: Due to the symbols IYI inscribed upon it, the so-called Big Stone Cross from North-East Bulgaria attracts the attention of investigators of ancient Bulgarian history. The inscriptions and the symbols on it were described and analysed in a recent monograph by Peter Dobrev and Milena Dobreva. Of special interest is the "archaic" inscription in Cyrillic in the lower part of the cross, which they consider to have been written in the 1 Oth с in the language of the ancient "non-Slavic" Bulgarians, and for which they propose a translation from the point of view of roughly speaking the "Eastern languages" (of the Iranian and Caucasian peoples). In a recent Internet publication Ivan Dobrev suggests a "mixed" translation: according to him the first two lines are in Walachian, and the next ones are in Bulgarian.The purpose of this paper is: 1) to argue for the thesis that the inscription is in Walachian and that it was created most probably in the 18th c, and 2) to propose a translation, thus stimulating further investigations of the inscription as well as of the entire cross.