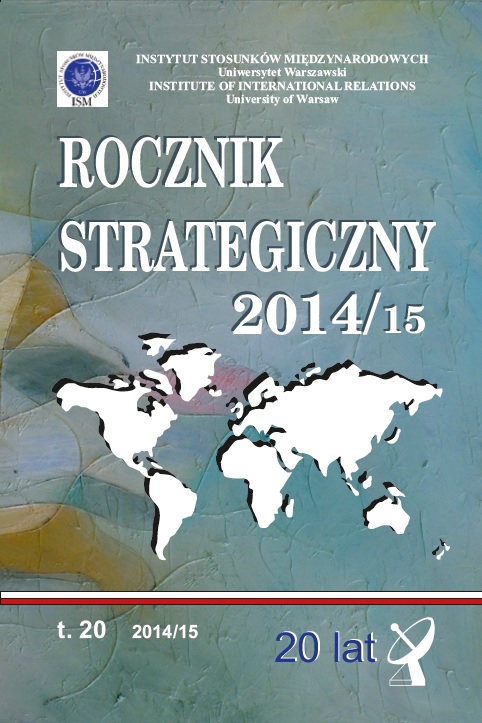 Summary/Abstract: The years 2010 and 2011 initiated the process of change, known as the ArabSpring, which has significantly reshaped the political landscape of several Arabcountries, and in others it helped to initiate more or less intense transformation processes.Initial hopes for reform which would increase the scope of political freedomsin these countries, however, have not been fulfilled. Instead, the erosion of existingpolitical regimes resulted in: anarchy and instability of political life in the countriesin which the changes were the most radical in nature; deepening internal antagonismsin several countries; increase of the role and importance of political forces referringto a fundamentalist interpretation of Islam; and finally, weakening of the consistencyand quality of public administration in the countries affected by the changes.Among others, this led to the outbreak of civil war in Syria and the ongoing politicalanarchy in Libya and Yemen. The internal dynamics of the Syrian conflict, combinedwith the transnational nature of the activity of fundamentalist forces, and theweakness of the authorities in Baghdad led to the spread of fighting in Iraq, showingthe low efficiency of existing stabilization efforts. The structure of the internationalorder in the Middle East may be subject of transformation because of the geopoliticalchanges taking place in countries that have played or have ambitions to playthe role of regional powers (Egypt, Iraq, Syria, and Libya). The region is unstable,and non-Arab powers want Israel, Iran, Turkey, and countries from beyond the region(primarily the United States) to face the challenges stemming from the uncertaintyand the volatility of the international order.