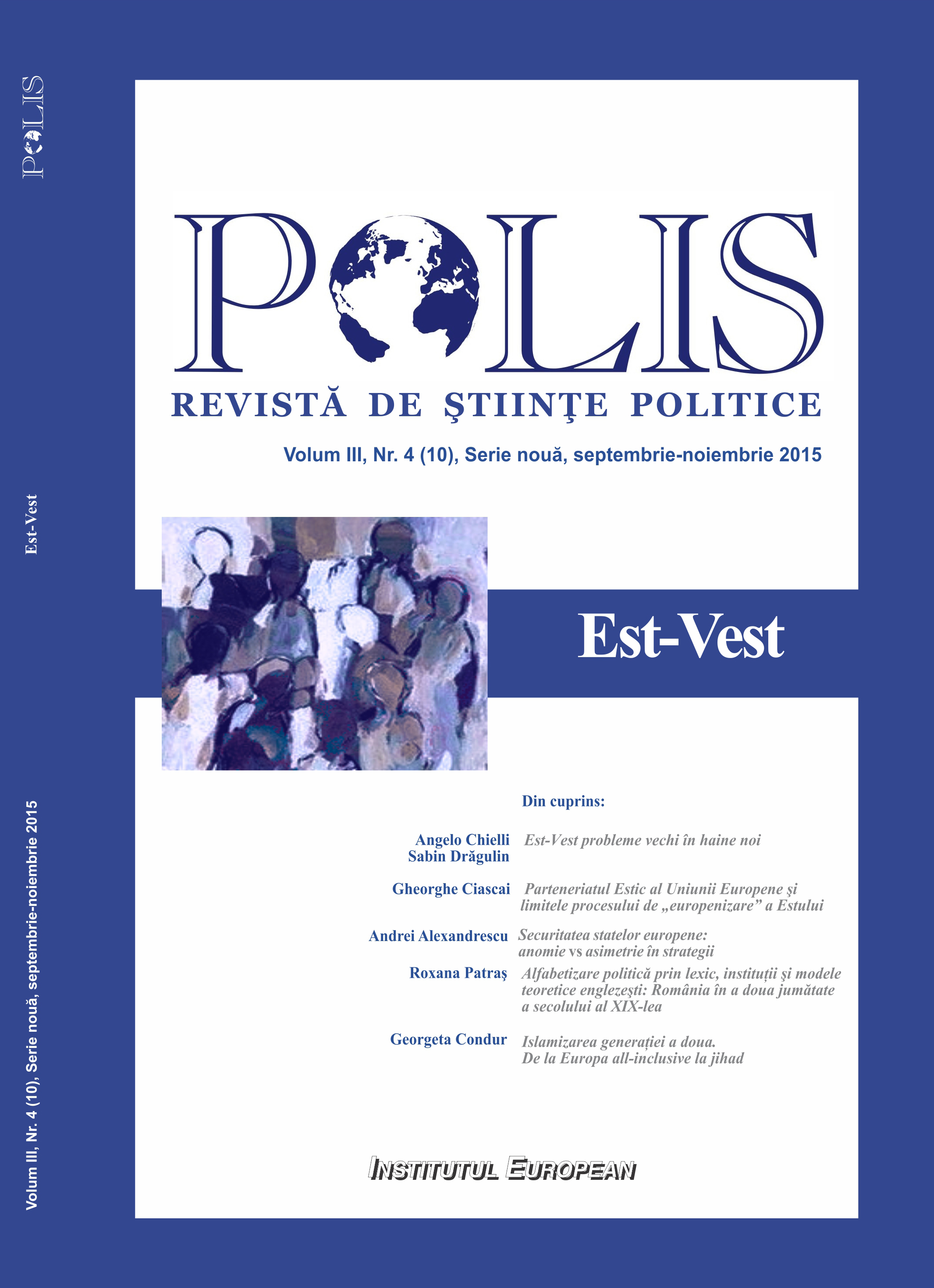 Summary/Abstract: The present article endeavours to explore the political terminology of Anglo-Saxon origin, as well as to emphasize the influence of the Anglo-American political model through the analysis of some speeches delivered in various political contexts by the most appreciated Romanian orators of the 19th century. The assumption that, besides the interactions with French and German models, a third influence (the English, the British or the American) may be taken into consideration has been already suggested by several historians’ research. However, our hypothesis is that the Anglo-Saxon model can be emphasized not only in the “archives” of immediate economic or diplomatic interests, but as a cultural „mediator” between the French culture’s “modelling influence” and the German culture’s “catalytic influence” (according to Lucian Blaga’s theories). The relationship between the beginning of the Romanian political civilization (the stage of political literacy) and the Anglo-Saxon tradition shall be inquired from three perspectives: 1. As a step-by-step evolution; 2. As an ideal standard of political civilization; 3. As a mediation formula between opposite realities and principles (absolutism – democracy/ constitutional monarchy; centralisation – local autonomy/ federalism etc.). In the first part of the article, I propose a list of English words that are imported in the Romanian language of the 19th century and are put into circulation by the speeches delivered in the Romanian Parliament. In complementarity with the lexicographic analysis, I will emphasize the fragments where works by Edmund Burke, Benjamin Disraeli, William Ewart Gladstone, Thomas Babington Macauley, Thomas Hare, James Stuart Mill, Henry Wheaton and others are mentioned by the Romanian orators, and follow the track of their dissemination through either English originals or Romanian/ French translations.