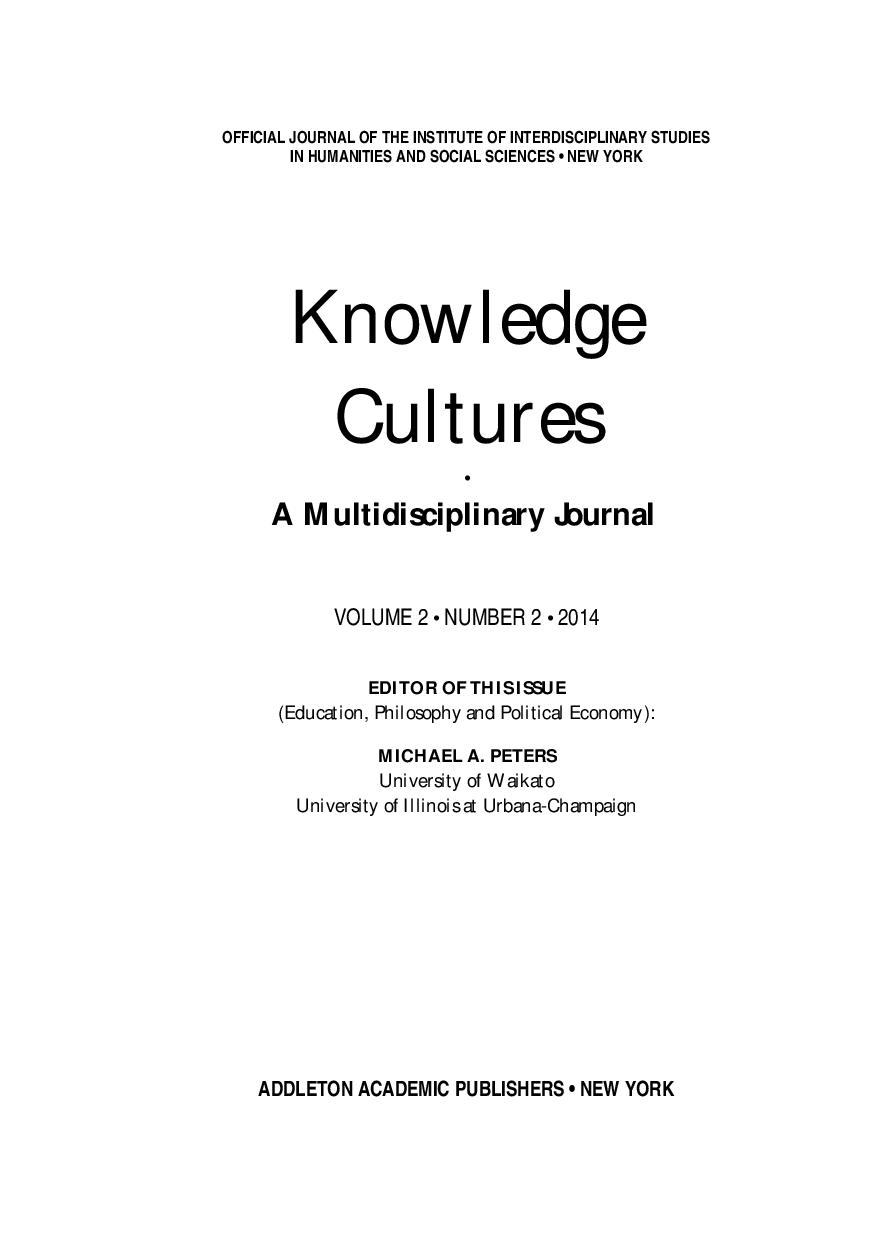 Summary/Abstract: This essay is an appreciative response to “Four Contexts for Philosophy of Education and its Relation to Economic Policy”, by Michael A. Peters. It distinguishes between three types of economics: orthodox, orgasmic, and heterodox. A specifically Marxist variant of the heterodox variety is identified as being the most useful to Foucauldian educational philosophers who want to grasp how financialisation and neoliberalism intersect. To demonstrate this point the essay juxtaposes the explanations of the recent financial crisis offered by Kliman (2012) and Foster and McChesney (2012). Foucault’s governmentality theory can enhance how they conceptualize neoliberalism. By the same token, the vein of radical political economics they mine supplies the element missing from the corpus of Foucault’s work and thus what Foucauldians generally also lack: a full-fledged theory of economic crisis applicable to capitalism’s financialised phase.