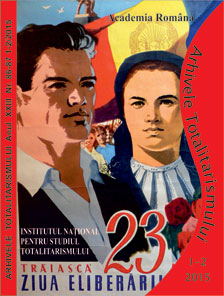 Summary/Abstract: Following the military victories of the antifascist alliance, in 1943 Romania using diplomatic channels such as Cairo and Stockholm started to inquire about the terms of its withdrawal from the war. The Great Britan and the United States were seen by the Bucharest leadership as the main guarantors for attaining the most favorable conditions until the advance of the Soviet troops on Romanian soil. However, the Western allies acknowledged the priority of Soviet interests in Romania and agreed on the preliminary conditions set by Moscow. These would represent the fundaments of the Agreement Armistice signed by Romania on 12 September 1944.