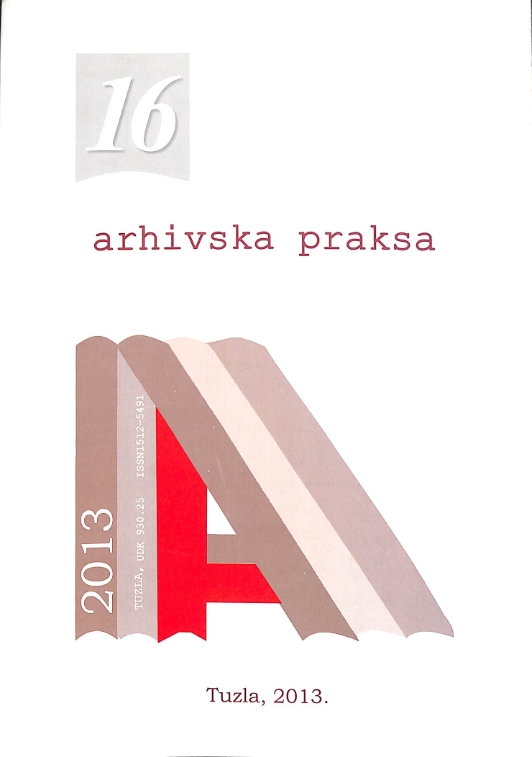 Summary/Abstract: When he wanted the foregoing inference, which is necessary, it can be done in several ways. Firstly there is a need for greater awareness of the company, to the long-term entrepreneurial activity should be documented, as required for certain structures and resources. This also applies to companies over which the government has control. Styrian Archival law currently in force provides for the obligation of taking record companies in which the state Styria has a 50% ownership. Like other national archives of Austria we have paid more attention to the company archives and from several aspects. To begin the necessary training, which included the first major artists, significant funding, most state institutions. Also needed is a debate about how the future should be handled in terms of taking over the company archives in the state archives. At a time when resources are becoming smaller and national archives are increasingly must be limited to its main task, that they are not relieved of the duty to be advisory, but there will be difficulties in terms of aquiring archival material of private economic enterprises in large scale. The hope remains that attempts to economic and archives of enterprises significantly involved in the field of science and so do not give in to the challenges, because of the smaller personnel and financial resources, which the archives have available at the moment.