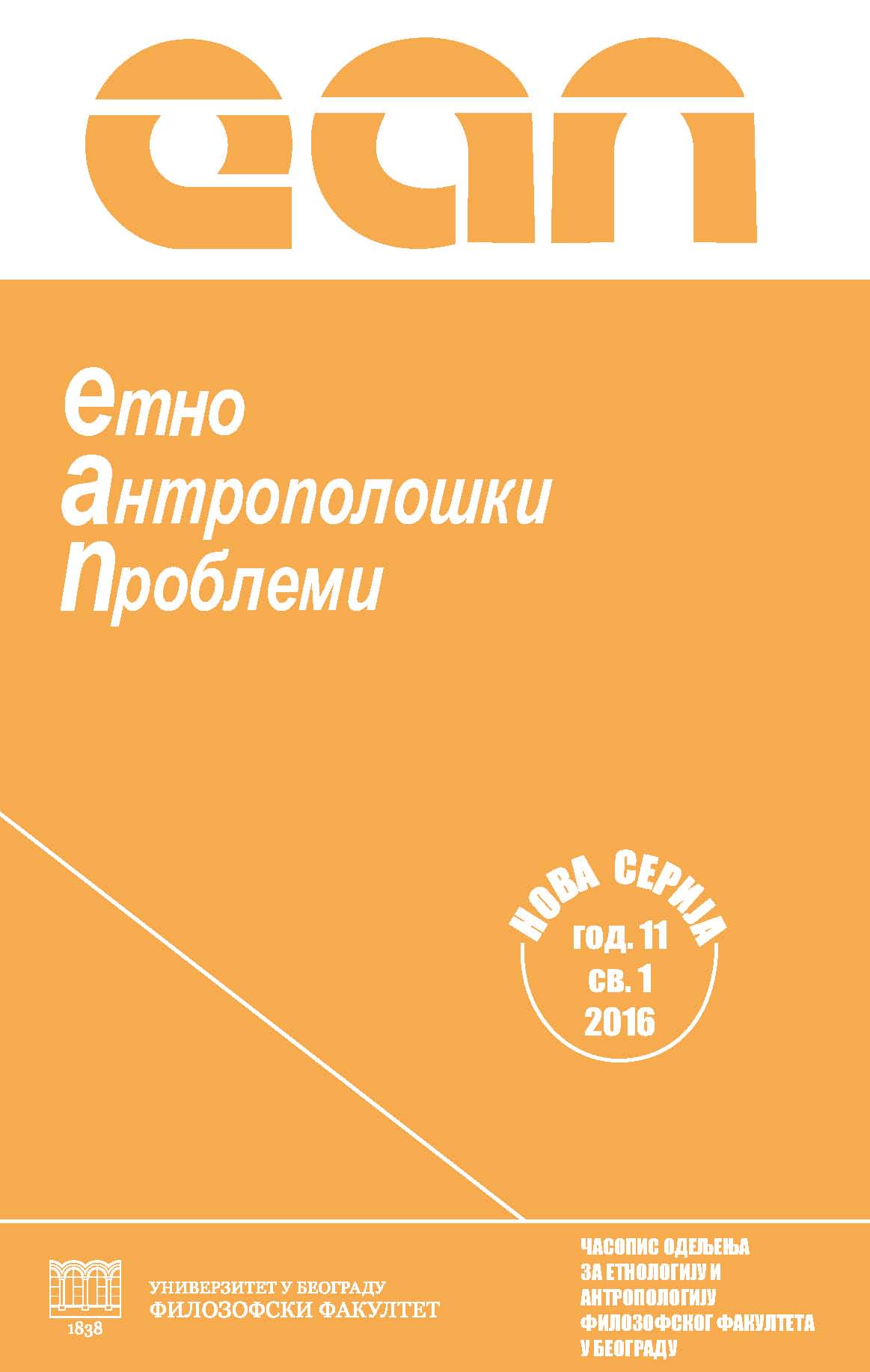 Antropologija filma u Srbiji
The anthropology of film in Serbia

Summary/Abstract: The term 'film' refers to feature length commercial movies both of foreign and domestic production. The phenomenon of film is approached as a form of popular culture which means that the emphasis is on its cultural-communicative traits. The paper aims to make visible the dynamic field of anthropology of film present in Serbian academia, as well as introduce readers to this subdiscipline and point them towards the relevant literature - both foreign and domestic - in the field. The paper has been envisioned as an introduction to the edited volume Anthropology of film - the first book in the new series of editions titled New Serbian anthropology. Six anthropological and two sociological papers which together make up the edited volume are presented here. The aim is to highlight the thematic breadth and wealth of research in this area of anthropology.