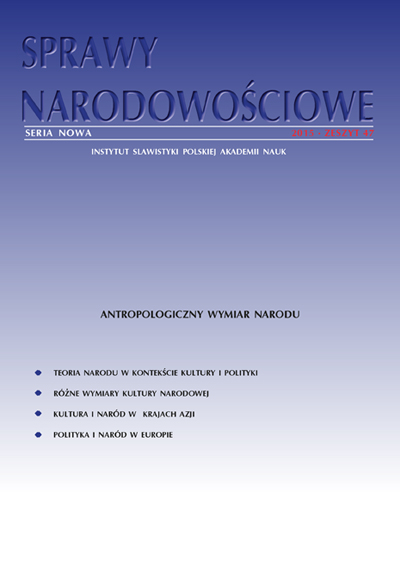 Summary/Abstract: In today’s world, cultural products, technologies, information and ideologies more and more permeate from one society to another, crossing all kinds of borders in the least expected way. Rap career is an illustration of this process. It was created in the late seventies and eighties of the twentieth century in New York ghettos and today it represents one of the most popular genres on the global scale. Rap is not only a symbol of revolution and the domination of Western capitalist business practices but also a cultural tool by which different groups, often marginalized or considering themselves as such, express their own identity. I am analyzing the indicated above phenomenon using two, extreme at first glance, examples. First, I present the story of the emergence and development of hip-hop culture in the United States. I try to show how rap music, which is an important element of this culture, allowed a marginalized part of American society for manifesting and communicating their views, beliefs and values, becoming a “transmission channel” for various ideologies, including the ideology of black nationalism. In the second part of the text, I am additionally analyzing the artwork and public appearances by Tadeusz “Tadek“ Polkowski, a Polish rapper, whom I consider a representative of an expanding hip-hop society relating to or sympathizing with the national movement. The music he creates is designed not only to restore the Poles’ “memory”, and therefore also the pride in their heroic and admirable past, but also to open their eyes to what is happening in their country that he believes is being colonized by the occupants.