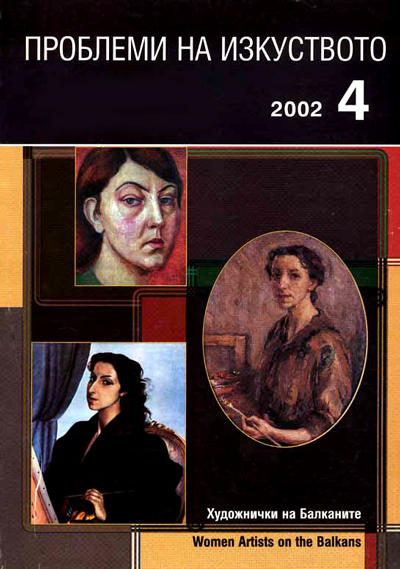 Summary/Abstract: There are several reasons for which Milena Pavlovic Barilli might be seen as a key person for the ascent of modernism in Serbian / Yugoslav painting in the period among two world wars although she did not participate formally to the local art scene. She belongs to the family of Serbian women painters who contributed not only to the modern position of the artists but also to the evolution of modern international styles and expressions in general. She was born in Pozarevac in 1909, but thanks to her most educated parents (her father was a very well known Italian composer, music critic and poet Bruno Barilli and her mother studied music in Munich) Milena was trained in Belgrade, Nice, Bergamo, Linz, Graz, Munich, she lived and exhibited in Paris, Rome, Florence, London, The Hague, New York where she died in 1945. Beside her paintings, watercolors, pastels, some prints and many drawings and stage designs, she was very much involved in graphic and fashion design in prestigious American magazines like Harper’s Bazaar, Vogue, Town & Country etc. Close to the poetics of the post surrealism, Milena Pavlovic Barilli, has passed through several artistic phases, more or less close to the ideals of citation and use of antique or renaissance models, some influences of Modern style, but particularly connected to magical relationism and finally magical verism. Her complete creativity, her paintings as well as her poems written in French, Italian and Spanish, speak about the loneliness, isolation, alienation and even personal division and anxiety. She was aware to be surrounded by a menacing world provoking insecurity together with unexpressed but omnipresent fear from the effemerity and unknown issues of the life and from the darkness of the evel that one cannot evade. Only since 1932 she begins her recongnizable and characteristic way of poetical connections of the elements usually taken from the antique world which she was combining in new relations on the principle of free associations with deep symbolistic meanings. Many of her works are widespread in the world, but the majority is conserved in Pozarevac, in her native home where the Gallery given by her mother Danica Pavlovic. bears her name.