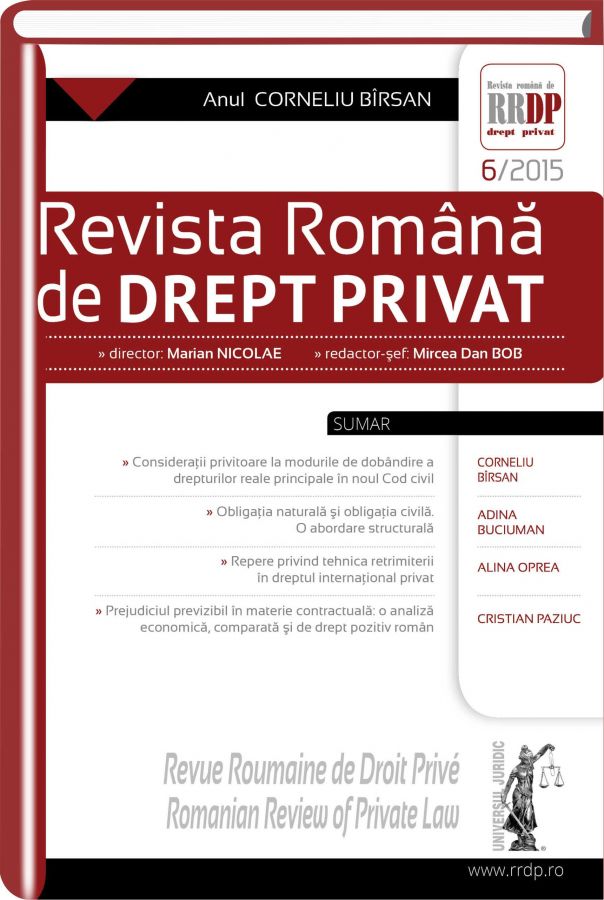 Summary/Abstract: The appeal against the tax decision is intended to provide the tax payers’ access to the courts of law in order to correct the abuses or inaccuracies of the tax authorities. Driven by the importance of collecting taxes and duties and by the applicable prevailing regime of public law, the procedure becomes antagonistic to the fulfilment of citizens’ rights in the Romanian law.In this destitute context, the judicial practice and case law of the Constitutional Court executed a series of procedural impediments, which bear away the appeal filed against fiscal documents from the common contentious administrative law and shaped its own legal regime. The preliminary procedure or the petition for pardon seems to be a prerogative exclusively designed at the disposal of the tax body, which significantly restricts the access to the courts of law. In combination with the difficulties of performing to do obligations against the fiscal administrative authorities, the whole non-contentious proceedings actually become a difficult step for the taxpayer, which may use only inefficient or inaccessible remedies.The New Code of fiscal procedure relieves the conditions for the applications for suspension of operation of the tax administrative document; however, it does not bring any systematic amendments, intended to correct the existing failures. The only real remedy available in this legislative context remains the mandatory case law of the European Court of Human Rights. However, the nature of public law of the fiscal field declines the applicability of article 6 of the Convention for the protection of human rights and fundamental freedoms for the method of challenging the tax decision.Instead, in respect of the orders of the tax authorities issued in relation to the assets values of citizens, the European protection is provided under article 1 of Protocol no. 1 additional to the Convention. The possible interference upon a person’s assets (examined within the autonomous meaning of the Convention) requires an effective, accessible, quick and inexpensive appeal, according to article 13 of the respective Convention, before a court which should examine the alleged infringement.This approach deals with the examination of the compatibility of the appeal against the tax decision in this legal background imposed by the case law of the European Court, mainly dealing with the applicable essential aspects of the procedural law. The failings of legislation, the behaviour of the tax authorities and the case law of the national courts may be deemed as insurmountable impediments for the fulfilment of certain protected rights at the constitutional and international level.In the absence of the much-awaited upheaval by the new Code of fiscal procedure, the courts shall be in charge with rectifying the omissions or indecisions of the fiscal lawmaker by their practice, in order to provide the taxpayers the full exercise of their fundamental rights. It remains to be seen to which extent the current legal background provides the courts of law with the necessary instruments for achieving this objective.