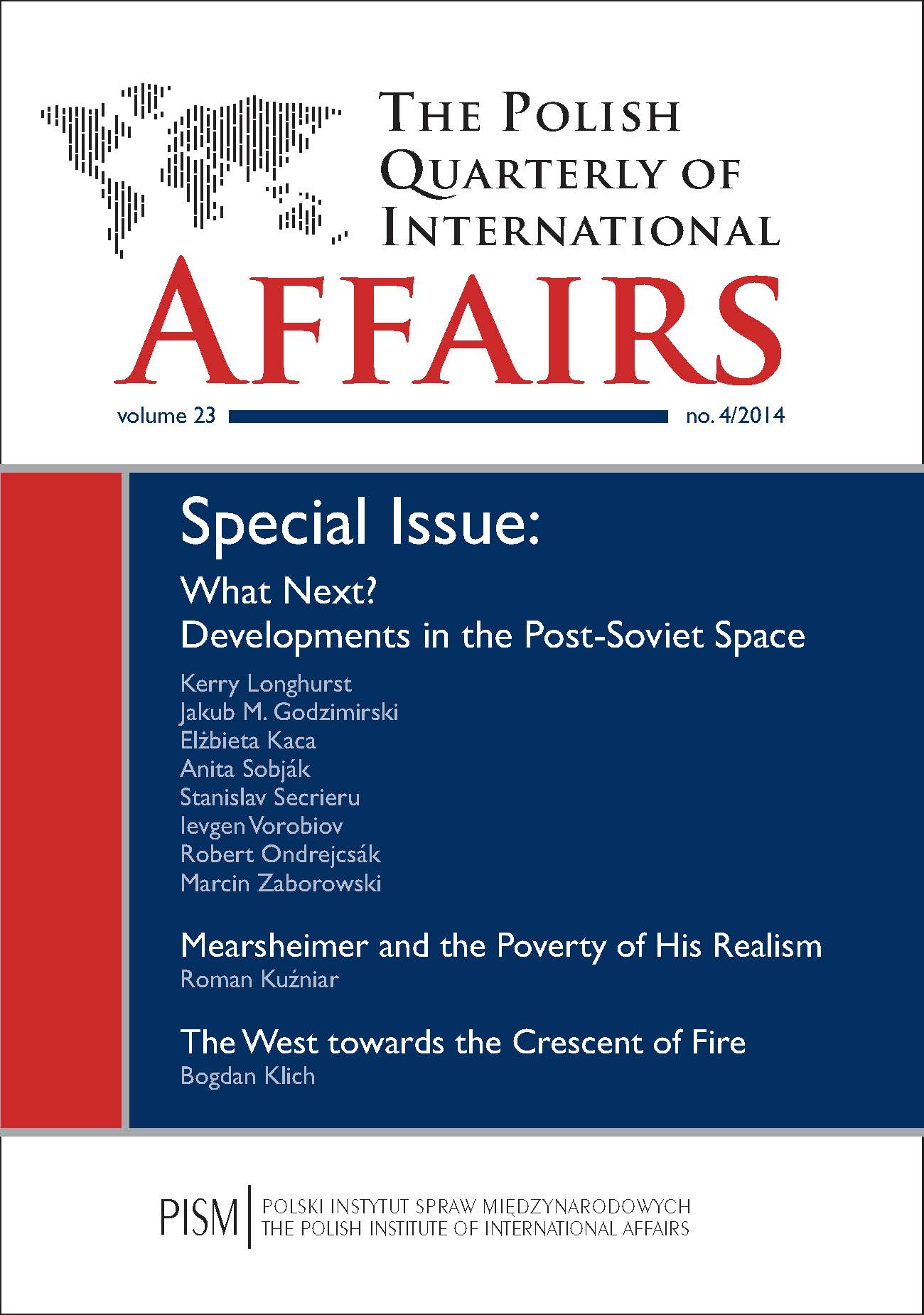 Summary/Abstract: Roman Kuźniar takes a critical stance on the widely discussed article by John Mearsheimer, in which the University of Chicago professor blames the West for the Ukraine crisis. Mearsheimer reiterates that both EU and NATO enlargement could not but be seen as threats to Russian interests. With Western plans to bring Ukraine and Georgia into the EU and possibly to NATO as well, Russia could not have reacted otherwise, Mearsheimer argues. Kuźniar contradicts Mearsheimer’s position, pinpointing long-time Western efforts to build bridges to Moscow and include Russia in close cooperation with NATO, the EU, the G-8 and others. None of that worked, Kuźniar explains, because Russia wanted to be respected as yet another Soviet Union. Kuźniar’s view is that the right way to deal with the “new Russia” is not to appease it, but to contain its aggressive tendencies.