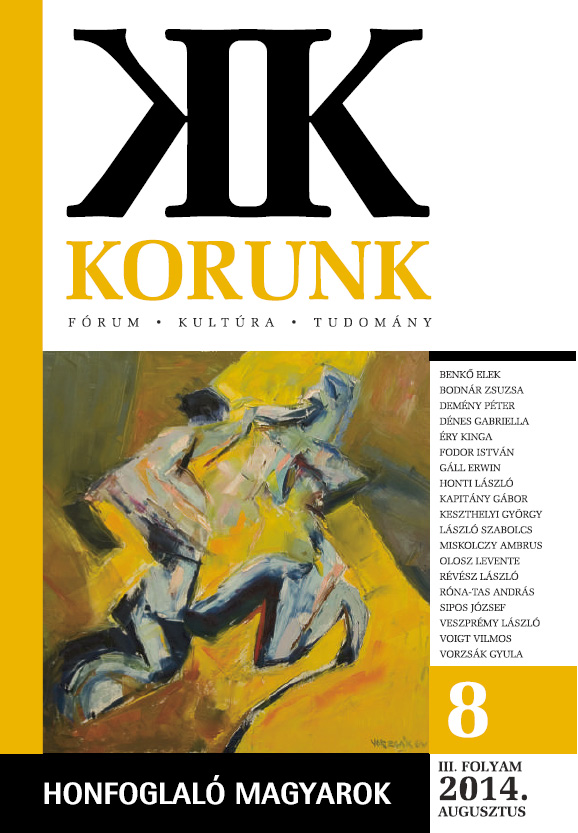 Summary/Abstract: The author of this study has published several monographs on the early history of the Hungarians. In this paper, he discusses some questions which remained open or were debated during the last decade. Prehistory is the period before events were recorded in writ-ing, in the case of the Hungarians roughly until the 7th century. The use of the term nation has to be specified, and language and ethnicity, as well as their respective his- tories have to be clearly distinguished. The term original homeland has to be abandoned. No data endorses that Hungarians would have lived east of the Ural Mountains. Theory and hypothesis were un-duly mixed up. Neither facts nor methodological principles favour the existence of mega-lingustic families, as e.g. the Nostratic. On the other hand, we have ample data on early connections between different languages. In the case of some etymologies, it is difficult to separate Turkic, Alanian and Slavic as donor languages. The Hungarian people split before the majority moved into the Carpathian Basin, and a minor group went north to the Middle Volga region. Those who entered their present homeland met there Slavs and the Avars, who spoke a Turkic language. Although the runiform script has traditionally been used only by the Székelys, according to linguistic data, the Hungarians took over from the Turks a carved runiform script before they adopted the Latin alphabet.