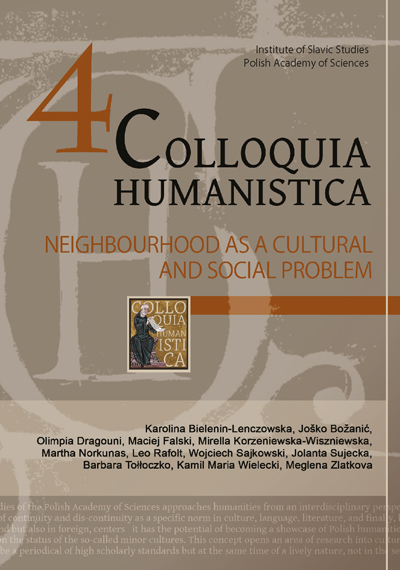 Summary/Abstract: After the dissolution of the USSR, Russian cities are popular destinations of labor migrants from the former Soviet republics, especially Central Asia and the Caucasus. One can observe a monopolization of particular sectors in the labor market and entire branches of petty trade by different ethnic and national communities. At some open-air markets, it is now the Russians who comprise the minority. Markets constitute a borderland which appears in the middle of a city – they serve as an important meeting place of people and cultures. The appearance of so-called ethnic entrepreneurship, ethnic economy and trade minorities, ethnic or otherwise, has been widely investigated in various parts of the world and in different times. It was, however, questioned whether one can speak about their existence in post-Soviet Russia. In this paper, I argue that trade minorities do indeed operate at Russian open-air markets. However, they do so in a specific manner that stems from the historical and cultural conditioning of petty trade in the former USSR. This study shows the development of ethnic entrepreneurship and appearance of different stereotypes that are tied to it. What is more, it analyzes some ways in which different minorities coexist. In general, the study deals with the extremely complex issue of interethnic relationships in post-Soviet Russia.