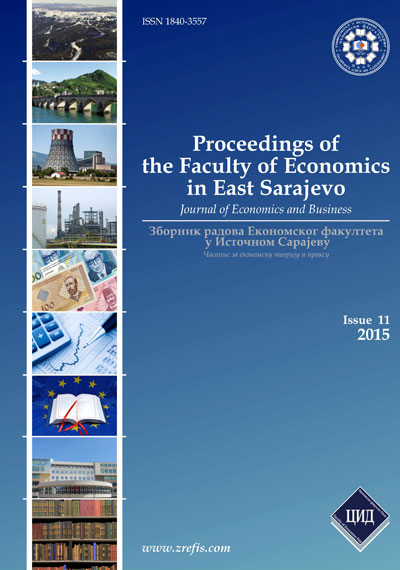 Summary/Abstract: Socialist Federal Republic of Yugoslavia represented a community of six republics with socio-cultural, social and economical differences that increased over the decades, leading to disintegration of the state. Factors that led to the collapse of the state are numerous, such as cultural and religious differences, nationalism, structure and function of the state system, internal and external factors of disintegration, change in the world politics, different levels of economic development of the republics.The economic system of Yugoslavia was based on self-managing model, a hybrid of both capitalism and socialism, which was considered to be the most effective use of capital goods, increasing workforce productivity, distributing the income and creating a product competitive for the domestic and foreign markets. However, this system had tremendous disadvantages which in addition to the changes in the world market led to the state of recession, very high inflation, decrease in workforce productivity and competitiveness of the final products in the markets, eventually resulting in the collapse of the entire system and disintegration of Yugoslavia.