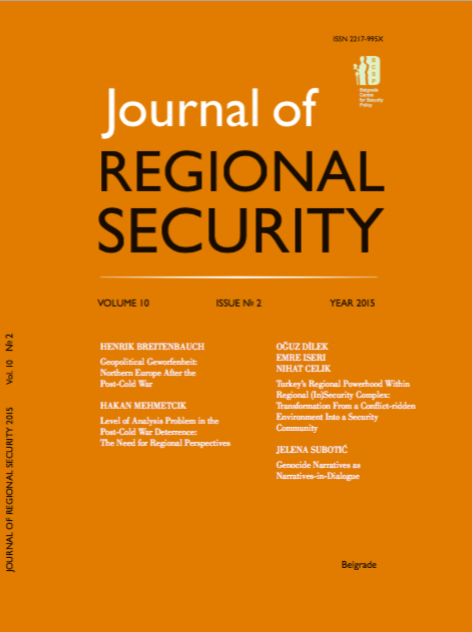 Summary/Abstract: This article aims to expand narrative analysis in International Relations (IR) by exploring narratives in mutual dia-logue. The purpose is to move narrative analysis away from mostly static approaches that focus on speech or other performative acts, toward a more dynamic approach that focuses on narrative interaction and dialogue. While the logic of what narratives actually do in politics builds on existing work within the IR linguistic turn, I emphasize the process by which the content and rearrangement of narratives depends on their mutual dialogue, which makes narratives co-constitutive of each other. Examples of political narratives – specifically the competing narratives of genocide – in the former Yugoslavia and its successor states illustrate these dynamics. The Yugoslav space oﬀers a great laboratory to examine narratives in dialogue as this is where competing state autobiographies bounced against each other, adapted, and transformed into powerful tales that justified (if not directly produced) state parti-tion and mass atrocity.