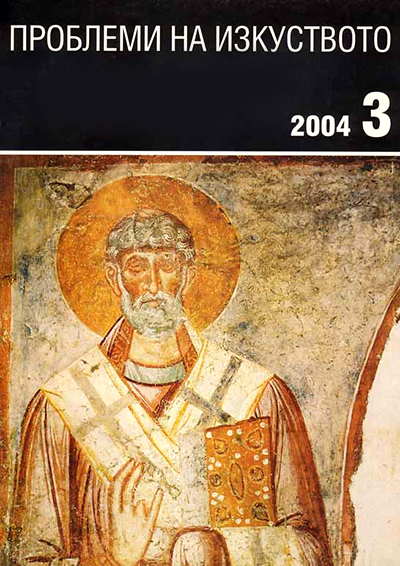 Summary/Abstract: The subject of this research, realized with the help of The W. F. Albright Institute of Archaeological Research in Jerusalem and the financial support of The Andrew W. Mellon Foundation, is the origin and semantics of the image of The Virgin of the Passion. The earliest known version of the type, from the Cypriot church “Panagia Arakiotissa” in Lagoudera (1192) , will be my point of departure. The reasons for the image’s appearance are situated in the historical and artistic environment of the eleventh through thirteenth centuries, the period of the Crusades. The geographic location of the island resulted in its use, as early as the eleventh century, as a stop for Crusaders and pilgrims on their way to Jerusalem and transformed it into an arena for conflict. The island was also part of the artistic orbit of the Holy Land and of St. Catherine’s monastery in the Sinai Peninsula. Cyprus and Palestine, the hot points of the Crusaders’ invasion, and the Sinai monastery, an Oasis of Orthodoxy, functioned in the eleventh and twelfth centuries, as a sort of iconographic kitchen for an extensive gallery of image formulae, the semantic focus of which were the passion and the salvation and the salvation to follow. The images of The Virgin of the Passion, of St. Simeon with the Infant, of Christ Anapeson (“the Sleepless Eye”), and of the “Man of Sorrow” were not created in Constantinople, but rather in this region. They are an evidence of Christian art’s contemporary resonance for the Orthodox Church in response to the Crusades. Western pilgrims to the Holy Land also had an influence on the process of re-figuring images and symbols. Whereas in the eleventh century all Christian holy relics were the object of their reverence, in the twelfth and thirteenth centuries this interest was focused on the implements of the passion. The cult acquires its Christ centred character in particular. The popularization of this reverence, as well as the constant transfer of holy things to the West (mainly to Rome), had a direct impact on the repertoire of Roman iconography, resulting in the enlarging of the “Passions of Christ” cycle and the frequent inclusion of elements from the “Crucifixion” scene or angels with the implements of the passion into the composition of the Last Judgment. A similar process occurred simultaneously in Orthodox iconography, only here it is a result of slightly different motifs and is directly connected to the development of the service. During this period, priority was given to works with eschatological or passion thematics. While in the Western iconography, the changes have a more eclectic character, in the East they are the result of a much deeper rethinking of familiar images and symbols. The new formulae created in this period, The Virgin of the Passion and Christ Anapeson (“the Sleepless Eye”), bear witness to how iconography connected to more esoteric Orthodox mysticism gradually became more approachable with the help of well-known symbols, included for clarification. Thus, it is no surprise that the identifying element for the formula of The Virgin of the Passion - the angels with the implements of the Passion - can be found as early as the second half of the twelfth century in the composition “Reverence of the Holy Cross.” A century later it is already a fixed element in the scheme of the “Sleepless Eye”. This example shows how thematically similar images can in certain stages of their development be doubled as new formulae as a means to express common ideas. The present research studies the image of The Virgin of the Passion in this complex context. I conclude with an analysis of how the image was popularized once again in another crucial moment for Orthodox history, when the Christian faith was challenged by the Turkish invasion of the Balkans.​