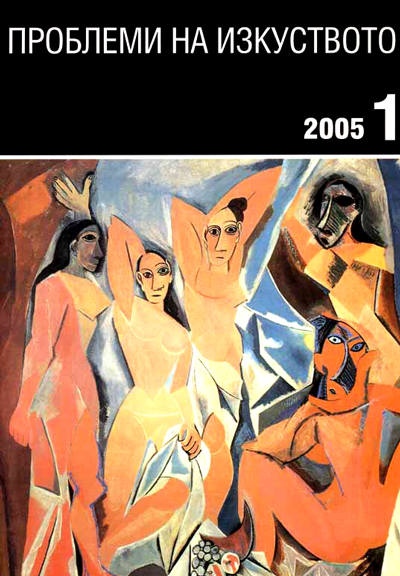 Summary/Abstract: Until the 1980s, when the notion of the “end of art history” first came under discussion, the question of the identification and legitimacy of this scholarly discipline related to the domain, which we are wont to designate by the general term of Fine Arts, had never been of topical interest. This is no more the case. Our time has problematized the boundaries, the generic specifics of the traditional and novel forms, which are more appropriately referred to as “visual arts”. Under the impact of post-modernist ideas were revised the epistemological models that had been functioning in European science ever since the age of the Enlightenment. Modernism, with its anti-essentialism and anti-fundamentalism, undermined the “metaphysical” concepts that, alongside those of gender, history, nation etc., included also the concept of art, which had emerged in Europe in the era of Modernity. Art history was also affected by the mistrust towards the transhistorical global categories. To shed some light on the situation, it is necessary to go back to the genesis of this branch of the humanities and, concurrently, examine the correlation between the developments in art and art history. Art history, as an academic discipline formed during the second half of the 19th century, established its methods and tools of inquiry at a time when art was thought of as a distinct and clearly defined object of study. Having come into being simultaneously with modernism, which proclaimed the autonomy of art, art history is by presumption “modernist”. Insofar as Modernity has laid the foundations of the historical understanding and forged the very concept of “art”, the notion of the “death” of art too is connected with the exhausting of the modernist paradigm. This in turn has led to a state of crisis in art history that could be described as loss of identity and disintegration of the discipline itself. Possible prospects for the future development of this field of study can be sought in the interdisciplinary exchanges of art history with cultural anthropology (the so-called Cultural Studies) and the exploration of ways for a more flexible application of the dialogic approach, in keeping with the ideas of the Russian scholar M. Bakhtin. Are we entitled today to speak of “non-classical” art history in the way we speak of “non-classical” physics?